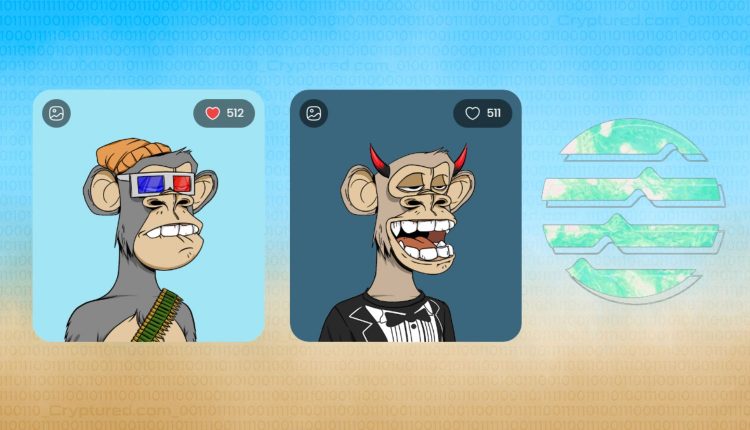 After seeing a heavy backlash, Aptos which launched its mainnet last week is selling Solana-based NFTs like hotcakes. Aptos Monkey tops as the hot seller pushing away other NFT collections across Solana and Ethereum.

Since its launch on October 18, Topaz an Aptos NFT marketplace has amassed $5.46 million to date in NFT trades. This is based on the price of APT. Aptos Monkey, after its Tuesday launch, has generated more than $2.3 million in trading volume. And on a competing platform, namely OpenSea, CryptoPunks is the top-selling collection that has generated 559 ETH, roughly around $800,000.

Oxclickbait, Topaz’s pseudonymous founder, said trading volume on Topaz is doubling every day. The platform’s trading matches that of Solana NFT marketplace Magic Eden which has 58,100 SOL worth of NFT trades over the past 24 hours. This comes to around $1.8 million with Topaz at $1.71 million during the same period. According to Dune, an analytics platform, there is mostly a downtrend trading volume for Magic Eden over the past several days – from 100,700 SOL on Friday to 58,400 SOL on Monday. But on Tuesday, the marketplace saw an upswing to nearly 79,400 SOL.

Nansen, a data analytics platform, outlined that, Solana NFT trading volume dropped 33% over the past 30 days, compared to the previous span is 2.08 million SOL, down from 3.08 m SOL, while Ethereum’s NFT market is up nearly 6%.

Coming back to Aptos, besides Aptos Monkey, the flamingo-themed Aptomingos has moved big numbers, amassing about 100,000 APT which is around $882,000 in trading volume to date. The cheapest available Aptomingos NFT is listed at $700.