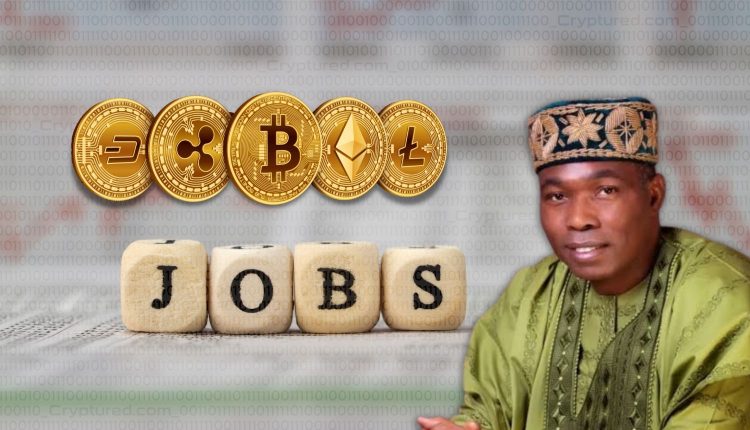 Adewelo Adebayo, a presidential candidate of Nigeria, of the public the Social Democratic Party (SDP) has promised the nation that, if elected, he will use innovations like bitcoins to generate employment.

During a recent TV appearance, Adewole Adebayo vowed to solve the nation’s unemployment problem by deploying new technologies. various, including blockchain and digital currency. Meanwhile, he identified a number of issues that the nation urgently needs to address. He pledges to concentrate on those sectors to ensure that the nation is repositioned. Some of these are education, infrastructure, agriculture, and health, among others.

Adewole, a board adviser to some groups using comparable tactics, wants to help Nigeria by drawing on his vast expertise in generating employment abroad. According to him, one cannot rely solely on government spending to generate jobs.

The presidential contender even met with those who could help him carry out his goals for the nation. He invited the US Black and National Chamber to visit Nigeria to aid in employment creation during a meeting with them.

According to research conducted by KuCoin in April, it approximated that about 33.4 million Nigerians (35% aged 18 to 60) owned or traded digital assets in the past six months. According to research, the main reason for adoption is largely the lack of proper legal opportunities in many parts of the country.

Nigeria is the nation with the highest level of crypto-interest, according to a new survey. Locals frequently Google the phrases “buy crypto,” “invest in crypto,” and “buy the dip.”

The nation’s current inflation rate has surpassed 20% and risen to a 17-year-high. Numerous people have invested in bitcoin and stablecoins in an effort to protect some of their wealth as a result of unfavorable macroeconomic conditions and the collapse of the Nigerian Naira.

Additionally, Bola Ahmed Tinubu, a different All Progressive Congress (APC) presidential candidate, has pledged that if elected, he will create an advisory group to evaluate laws governing blockchain technology and virtual assets. In a similar vein, he plans to establish a regulatory system that is accommodating to business.

Wash Trading Will Be Next Crypto Implosion: Mark Cuban.