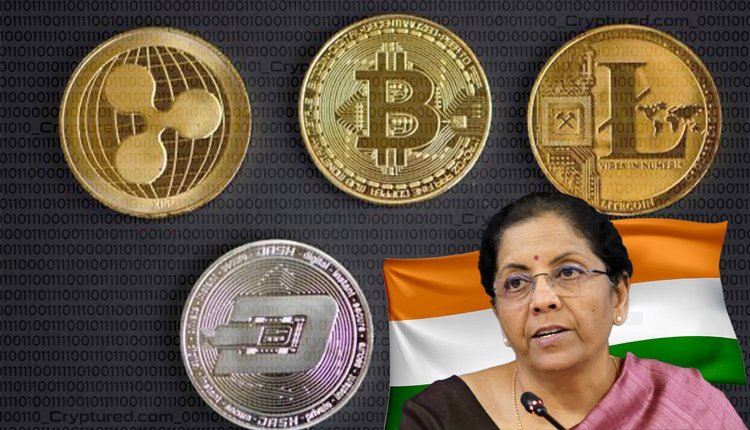 Cryptocurrency is taking over the world at a pace greater than anything that was perceivable when it first came into existence. The crypto phenomenon is no longer restricted to first-world countries. More and more developing and third-world countries are showing an increased interest in digital currencies. There are many examples like Nigeria and Vietnam, but El Salvador is the biggest testament to it at this moment. In this context, many financial experts have speculated a chance of India entering the crypto race in a government-sanctioned manner. Cryptocurrency exchanges are presently legal in India, and they have also seen exponential growth in people’s interests. With its huge population and subsequently a huge number of smartphone users, many experts predict that India could be the next hotbed of crypto innovations. The BJP led government’s finance minister Nirmala Sitharaman has recently expressed her opinions about crypto.

In an interview with the leading daily Hindustan Times, she has said that she is open to the possibilities of cryptocurrency. However, any decision on making bitcoin or Ethereum legal tender is out of the question for now. She cited the example of El Salvador, where people took to the streets to protest the government’s move.

While dismissing any prospect of having cryptocurrencies as legal tender, she did not altogether dismiss such possibilities in the future. She believes that once crypto is no longer under the shroud of secrecy and jargon, it can become a part of the everyday economy. At present, giving any conclusive remark about the implications of her statements would be impossible.

Airdropped NFTs will not deplete your cryptocurrency wallet.