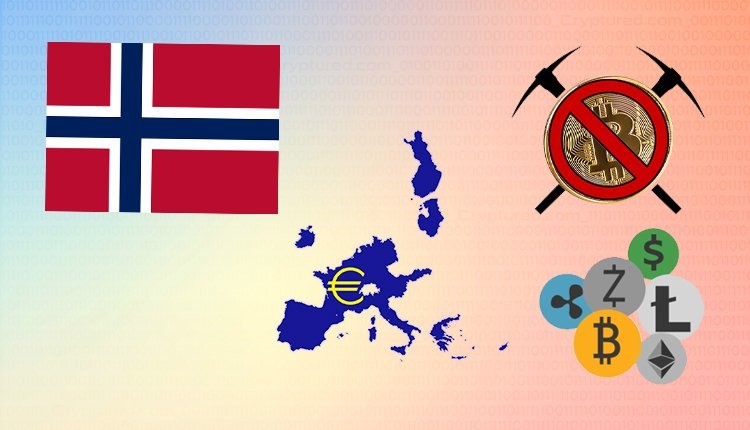 Bitcoin mining is a severe problem for countries trying to meet their carbon offset goals. Many countries including China have used this as a reason for their decision to ban crypto n the country. Along with accusations of facilitating financial crimes, these are the two major arguments against Bitcoin adoption.

The Scandinavian countries have some of the best environmental standards in the world. To keep this reputation intact, Sweden previously called for a ban on Bitcoin mining in the Eurozone. Now Norway has come up in support of Sweden’s demand to ban proof of work mining in the Eurozone and allow only Proof of Stake mining. Norway will also take internal measures to discourage and stop Proof of Work mining in its territories, which would have the biggest impact on Bitcoin mining.

For quite some time now, Sweden, Norway, and Iceland have become home to many Bitcoin miners. After China forced all Bitcoin miners to flee elsewhere, many ended up in these Scandinavian countries. These countries are also known for their easy immigration process and social support systems – which made them desirable for crypto miners. However, the problem becomes more intensified when Bitcoin mining takes place through domestic electric supply. Since a complex process like Bitcoin mining demands a lot of electrical power, it can often leave power grids incapable of supplying regular domestic electricity. If Bitcoin mining is eventually banned in the Eurozone, it will mean additional pressure on regions where it is not yet banned.