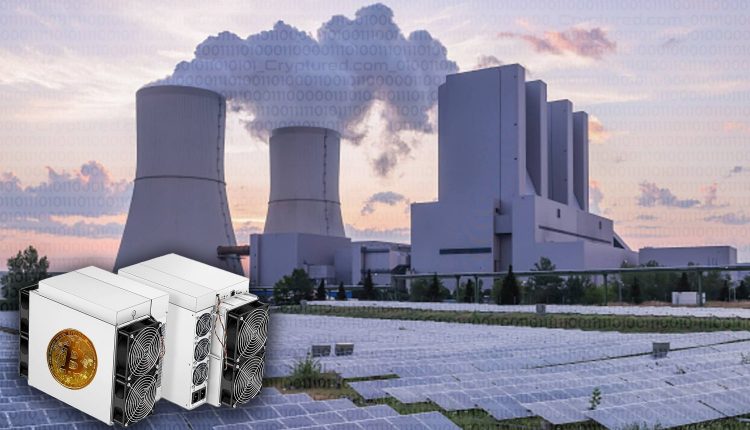 Over the past few years, nuclear energy and natural gas have emerged as the fastest-growing energy sources for Bitcoin mining. The Cambridge Centre for Alternative Finance (CCAF) report revealed that fossil fuels like coal and natural gas made up almost two-thirds of Bitcoin’s total electricity mix, more than 62%, as of January 2022. Sustainable energy sources amounted to 38%.

The study states that coal accounted for nearly 37% of Bitcoin’s total electricity consumption as of early 2022. It became the largest single energy source for BTC mining. Hydropower, among the sustainable energy sources, was the largest resource with roughly 15% share. But these energy sources in the total BTC energy mix have been falling over the past several years. Coal power powered 40% of global BTC mining in 2020; hydropower’s share more than halved from 34% to 15% from 2020 to 2021.

However, there has been a noted growth in the use of natural gas and nuclear energy in Bitcoin mining. The share of gas jumped from 13% in 2020 to 23% in 2021, and nuclear energy grew from 4% in 2021 to 9% in 2022. Cambridge analysts attributed the sharp fluctuations to Chinese miner relocations. It should be noted that in 2021, China’s crackdown on the crypto industry and associated miner migration resulted in a major plunge in the share of hydroelectric power in the BTC energy mix. As such, the study says that the Chinese government’s ban on crypto mining and the resulting shift in Bitcoin mining activity to other countries negatively impacted Bitcoin’s environmental footprint.

The Cambridge study outlined that the Bitcoin electricity mix hugely varies from region to region. For example, Kazakhstan relies heavily on fossil fuels, and Sweden on sustainable energy sources in electricity generation is around 98%. Moreover, the shift of nuclear and gas energy in Bitcoin’s electricity mix reflects the shift of mining power toward the US. Most of the country’s electricity, as per the US Energy Information Administration, was generated by natural gas. It accounted for more than 38% of the US’s total electricity production, while coal and nuclear energy made up 22% and 19%, respectively.

The study also established that greenhouse gas emissions associated with Bitcoin mining accounted for 48 million tons of carbon dioxide – about 14% lower than the estimated GHG emissions in 2021.