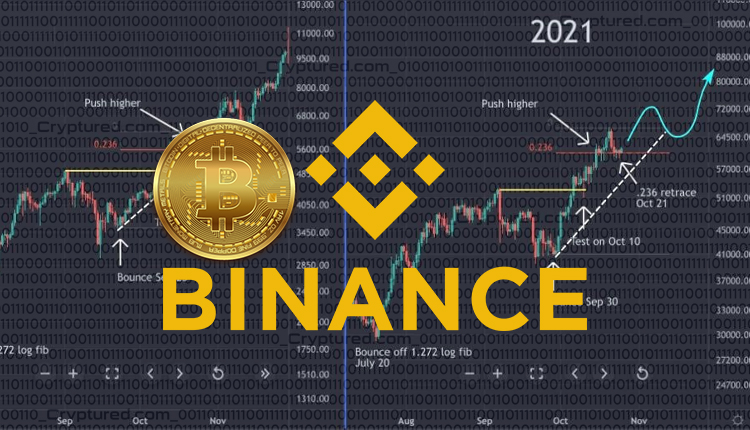 On Binance, the price of bitcoin plummeted by 87 percent to $8000

BTC crashed to reach just 8,100 USD on October 21. However, it was when someone was trading on the dedicated American exchange of Binance called Binance.US.

On October 21, Binance.US abruptly printed a 1-minute candle, which plummeted the price of BTC from 65,815 USD to 8,200 USD. It was a decrease of 87 percent. Traders usually refer to such a scenario as a “scam wick”. Such a phenomenon has taken place quite frequently in recent times. Even Bitstamp saw unexpected order-book events.

Having so, the scope of the error committed by Binance.US was one of its kind. Many market participants closely observed this error.

Crypto Chase, a trader on Twitter, summarized the phenomenon by mentioning, “Well done Binance U.S.” The trader was referring to the aftereffects of the abrupt price movements on exchanges and felt traders should have continued to hold their positions.

The error was ironic as Changpeng Zhao, the CEO of Binance, who is also called CZ, alerted about incoming volatility. On October 21, he took to Twitter to warn his followers October 21 that there could be high volatility in the crypto space over the upcoming months.

There were concerns from quite a few places on October 21 that traders who were leveraged took more risks than was necessary.

If you look at the funding rates on different exchanges, you will observe a lot of optimism among investors. There was a significant increase in funding rates in the hours that followed after Bitcoin touched its all-time high in recent months and touched the level of 67,100 USD.

ViacomCBS gets into NFTs via a partnership with Recur