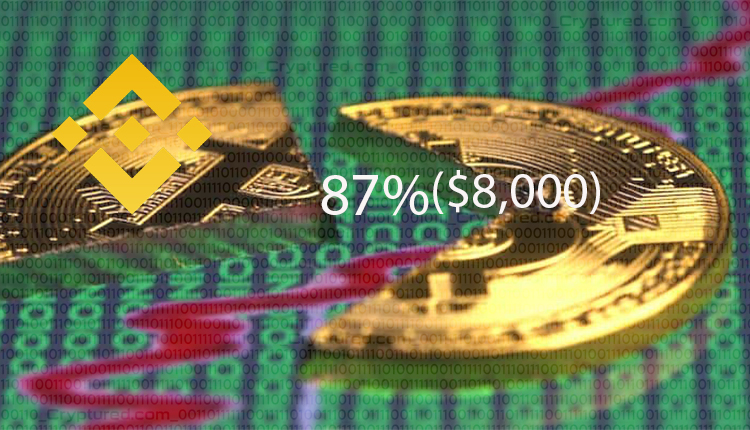 Bitcoin, on Thursday, fell precipitously to $8000. The brief fall was observed on Binance’s US platform. The fall amounted to an 87% fall – from a high of $65, 815. Binance’s CEO, Changing Zhao, cautioned investors of very high volatility in the crypto market in the coming few months.

Cointelegraph reported, that on the other crypto platforms, Bitcoin’s brief candle floor was approximately $64,000. Binance, in an email, reported that the steep fall was attributable to a bug in the trading algorithm of one of its institutional traders. It was reported that the trader had since fixed the bug and the issue was now resolved.

On Twitter, the fall was widely discussed-with the issue trending on Twitter. Crypto traders even posted pictures of the chart of Binance US’s candlestick. The candlestick chart is a graph that tracks bitcoin price variations. Traders called the fall a scam.

Twitter account @Crypto_Chase, that claims more than 55,000 followers, complimented Binance US and posted, “Well done Binance US”. The twitter account went on to say that Americans were being compelled to use bad exchanges. The account said that on these exchanges people could get scammed on unreasonably thin books.

CNBC reported that there could be a variation in the prices of bitcoins and other cryptocurrencies between exchanges. This is because of the differences in supply between the bigger and smaller exchanges. CNBC further added that there way no standard way to price bitcoins.

Bitcoins are currently trading at record highs based on reports that the regulator will shortly approve bitcoin-linked ETF. This led cryptocurrency to reach an intra-day high, on Wednesday, of $66,976.