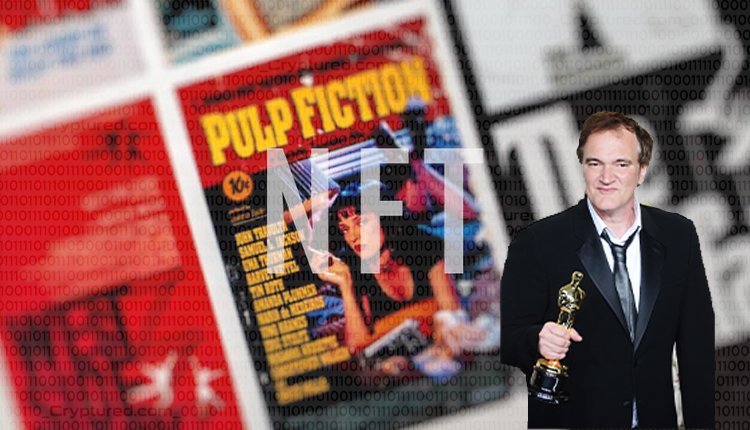 American filmmaker Quentin Tarantino, renowned for Hollywood flicks like Reservoir Dogs (1992) and Once Upon A Time in Hollywood (2019), is set to release his line of Pulp Fiction NFTs. However, the 58-year-old screenwriter is facing a lawsuit. Miramax, a film studio, claims Tarantino doesn’t have the right to sell the NFTs as its related to the 1994 movie Pulp Fiction.

But the acclaimed director is going ahead with the NFTs. Brian Freedman, Tarantino’s attorney, says his client has every right to create and sell the NFTs. He said Tarantino’s contract is clear and he has the right to sell the non-fungible tokens of his script for Pulp Fiction. The attorney said that any attempts to deter him will fail.

Miramax had filed the lawsuit on November 16, 2021. The Hollywood film studio accused Tarantino of breaching his contract, committing copyright and trademark infringement, as well as unfair competition. The lawsuit alleged that the filmmaker did not disclose any NFT plans with the studio. It also claimed that despite being served a cease, Tarantino had gone ahead and publicly announced the NFTs. The film studio alleged that Tarantino and his team of deliberate, premeditated and short-term money grab. It said his actions were profoundly disappointing.

The Pulp Fiction NFTs will consist of seven collectibles. It will be auctioned beginning from January 17 on separate dates. The final auction will take place on January 31. Sources say the NFTs will feature imagery from Tarantino’s original handwritten script for Pulp Fiction. Moreover, it will be complemented by the director’s new audio commentary.

What makes these NFTs stand out is that it’s being powered by the Secret Network’s blockchain. It will enable the creator and the NFT holder to sell, lease and own the art privately. Guy Zyskind, the Co-Founder of Secret Network, said retaining this control is important for internationally renowned artists like Tarantino.