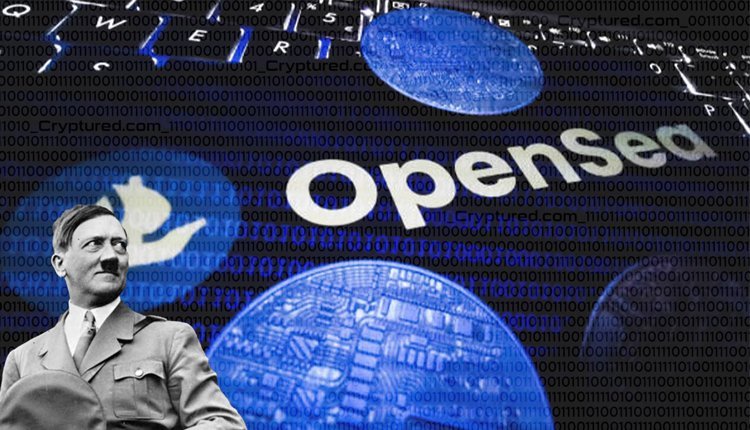 OpenSea is the largest Non-Fungible Tokens’ (NFTs) marketplace in the world. It has come into controversy because of the trade and sale of Nazi-glorifying and antisemitic artwork. At a valuation of $1.5 billion, this American startup is currently the biggest BFT trader. NFTs are digital artworks that you can buy with cryptocurrencies like Ethereum and Bitcoin. The popularity of the NFTs is evident by the fact that some of the digital art pieces have been sold for millions of dollars. All the purchased pieces are saved on a permanent digital ledger known as blockchain, which logs every transaction and makes them public.

However, out of all the OpenSea’s offerings, a large number are Adolf Hitler and Nazi-themed NFTs. There are some pieces with disturbing titles like ‘Heil Hitler’ or ‘Hitler did nothing wrong’. There are some other listings depicting swastikas as well. A specific OpenSea collection became viral last week that features Hitler in different digital attires.

So far, OpenSea hasn’t responded to the controversy. According to the terms of service of the website, their platform is dedicated to the exchange of content, which includes controversial content as well. However, the terms of service also state that pieces that incite violence or hate against others will be promptly removed. According to OpenSea, they offer a wide selection of assets that promote trust, respect, and adherence to the law.

OpenSea is not the first platform that has come under fire because of Nazi-themes memorabilia. eCommerce giants like eBay and Amazon have dealt with a similar controversy in the past as well.

Sorare, a $4.3 billion NFT platform, will invest in sports.

The increase in over-the-counter stock trading is being fueled by the crypto boom and individual investors.