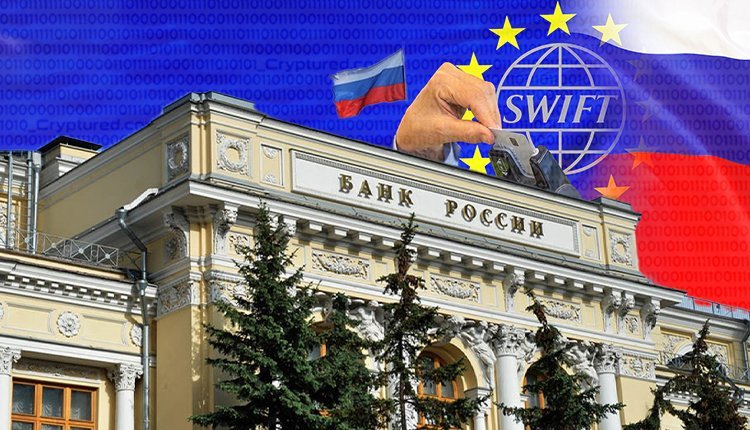 Over the Ukraine invasion, the EU ‘commits’ to cutting Russian banks off from SWIFT.

The European Union has “committed” to remove Russian banks from SWIFT which is a messaging network that connects international financial institutions for global financial transactions. This announcement came after Russian invasion of Ukraine.

This move has been announced by the EU after Russia launched an attack on Ukraine’s military facilities and cities, including on its capital Kiev. Initially, Hungary, Italy and Cyprus opposed this move but on Friday supported it. They gave the go-ahead for sanctions. Germany wanted to keep it a targeted restriction.

The European Commission (EC) issued a statement on Saturday. This statement was attributed to the EC, Germany, France, UK, Italy, Canada and US.

The goal is to ensure some Russian banks are removed from this messaging system and unable to do international financial transactions. According to the statement, it will prevent them from operating globally. The EC also announced preventing the Central Bank of Russia from using its reserves stored abroad. Russian oligarchs will be prevented from purchasing passports in other countries. These sanctions will prevent them from accessing the global financial system.

A transatlantic task force will be launched and the EC will monitor the sanctions with the help of the US, UK, Canada, South Korea and Japan. Many individuals and companies from Russia have been identified and their assets will be frozen in the countries that support these sanctions.