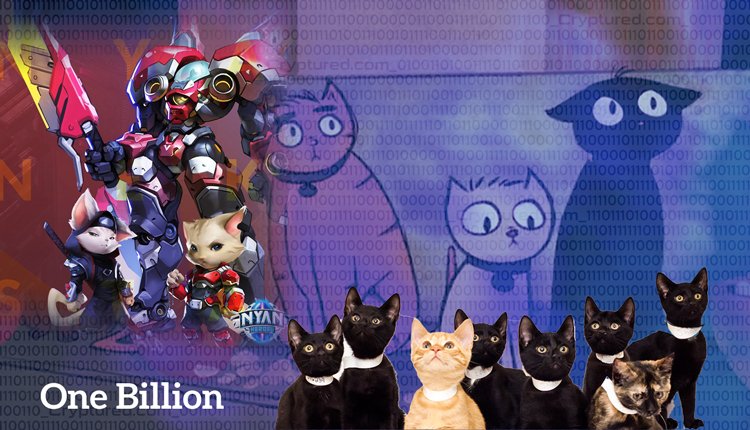 Nyan Heroes, play-to-earn NFT with a cat theme, wants to save one billion cats from euthanization across the United States. In its forthcoming NFT battle royal shooter game will pit players against one another using NFTs depicting animated cats. The game which is being built on the Solana blockchain is set to be released in the last quarter of 2022.

Nyan Heroes, as per Solana Art data, is the fourth highest NFT project on Solana. This is relevant to the seven-day volume and market cap – $279,000 and $18.2 million respectively. Wendy Huang, Co-Founder of Nyan Heroes, shared that their love for cats is a major factor behind their animal-focused charity work. She revealed their ambition is to save one billion cats from euthanization in animal shelters. Nyan Heroes will achieve its goal via charitable donations from their project’s NFT sales.

The team’s initial efforts go back to December 24 when they announced a $250,000 donation from the proceeds of its first NFT drop to Best Friends Society. Huang described it as one of the proudest moments they have had in the project. She said the game will be casting a DAO giving members voting rights on where Nyan Heroes donations will be located in the future. Huang said they will be developing a young hero DAO. The DAOs will help decide where to donate funds to, which animal shelter, and the causes.

P2E blockchain games are vying for sustainable survival for the long run. Huang believes that many P2E games are reliant on a continual stream of new users to remain profitable. But they are hit by players cashing out and taking value out of the game. She said Nyan Heroes doesn’t know how many players will be coming into the economy. It is not just about gameplay, but its economic survival and sustainability as well.