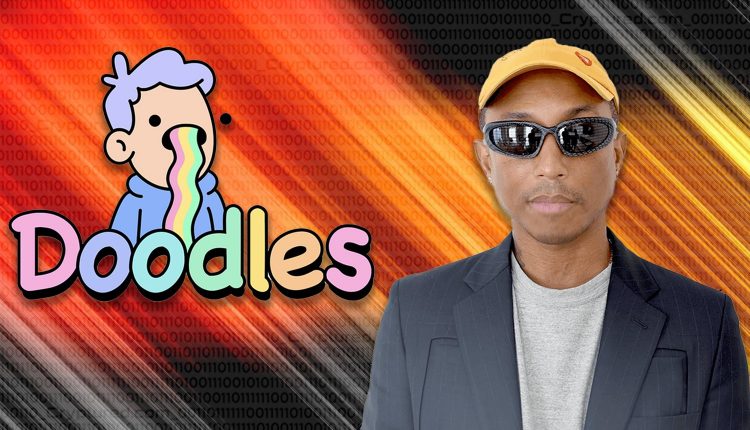 At the WebSummit in Lisbon, he highlighted the musician’s impact on the colorful profile picture (PFP) project. Holguin outlined his wide range of artistic output throughout popular culture and his ability to reach various audiences with his work. He believes Williams’s reach is significant from his influence on clothing collaborations to his work on Despicable Me and movie products, to his music.

Holguin explained that for Doodles to go global, they wanted to have a creative partner that could help the NFT project reach global audiences outside of its current followers. Besides being an endorser of Doodles, Williams is a day-to-day influence on the brand and is very much involved in a lot of the biggest decisions that the company is taking.

Doodles is developing content across a broad spectrum of entertainment mediums, from music on Spotify and Apple Music to shows on YouTube. Doodles see Williams as an integral part of the business and creating that top-performing product. Holguin revealed that the rapper is already working on Doodles-inspired music.

Williams will produce a new album titled “Doodles: Volume 1. It will be launched with Columbia Records.

Binance Sells Off All FTT Holdings.