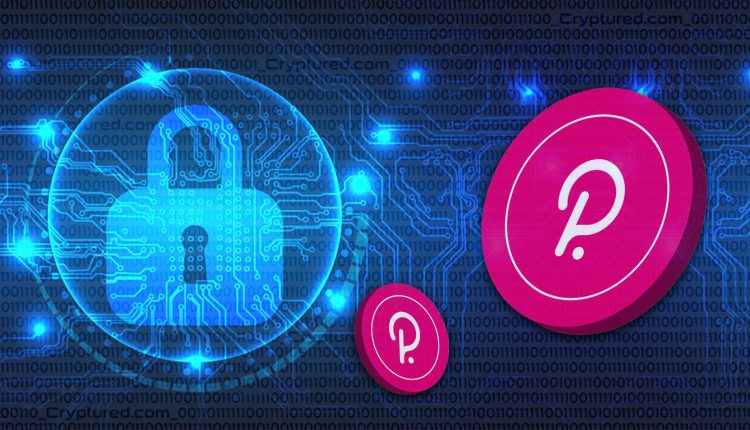 More than 14,000 entries have been flagged as potentially fraudulent websites since the Polkadot anti-scam bounty program started.

The Polkadot (DOT) ecosystem has praised the program’s anti-scam bounty efforts to create a more secure network for everyone. The Polkadot anti-scam bounty program, known as Child Bounties, has been rewarding community members for each fraudulent website previously reported. The suggestion stated that a price of $20 has been fixed for each DOT and that all fraud bounty payouts have been paid out in US dollars.

Community members are entrusted with identifying and removing scam websites, phony social media profiles, and phishing apps as part of the community-led anti-scam program, as well as defending its Discord servers from raids. As a focal point for all anti-scam actions inside its ecosystem, the community will also provide user-educational materials and an Anti-Scam Dashboard.

It seems that Polkadot is making the necessary preparations to build and enhance its ecosystem. On Polkadot and its parachain startup network Kusama, 66 blockchains are currently active, according to the project’s developers.

Since the system’s inception, over 140,000 messages have been delivered and received between chains using 135 different communication channels. The Polkadot and Kusama treasuries have distributed a combined total of 9.6 million DOT and 346,700 KSM ($72.8 million) to satisfy spending requests in the ecosystem.

Blockchain reputations have been tainted by the rise in scams committed by top cryptocurrency companies. The repercussions from Terra Luna and FTX have dramatically eroded investor confidence in the cryptocurrency sector. However, the Polkadot network has accelerated its efforts to eradicate fraudsters from the sector. Additionally, there is a glimmer of hope for a blockchain initiative that collaborates with its community to combat industry scams.

To make it simple for community members to avoid fraudulent activity, the firm has compiled a list of known phishing websites. More than 14,000 entries have been flagged as potentially fraudulent websites since the Polkadot anti-scam bounty program started.

More Web3 enthusiasts can now access the Polkadot ecosystem safely thanks to the program. As a result, more blockchain projects are likely to launch related initiatives to rid the sector of common scams.