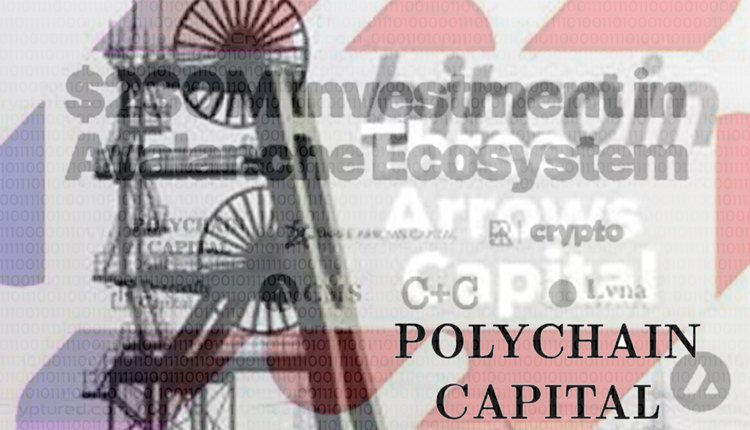 Polychain Capital and Three Arrows are the driving forces behind a $230 million investment in the Avalanche Ecosystem.

On Thursday, the Avalanche Foundation made an announcement revealing a $230 million raise, with the intention to inject liquidity. The added liquidity in these DeFi platforms will add towards finding a decentralized exchange that can operate efficiently. According to the founder of Avalanche, Emin Gün Sirer, large-scale capital is needed if the Avalanche ecosystem is to scale and grow.

This announcement came soon after an $180 million incentive program was announced to help build liquidity in the Avalanche DeFi ecosystem.

The round of funding for the Avalanche ecosystem was conducted by Polychain Capital, as well as Three Arrows Capital. CMS Holdings and Dragonfly Capital, among others, were also part of raising funds for this round. The CEO said that these venture capital organizations were specifically chosen due to their knowledge and expertise when it came to DeFi markets.

Coinbase has submitted an application to list cryptocurrency futures products.