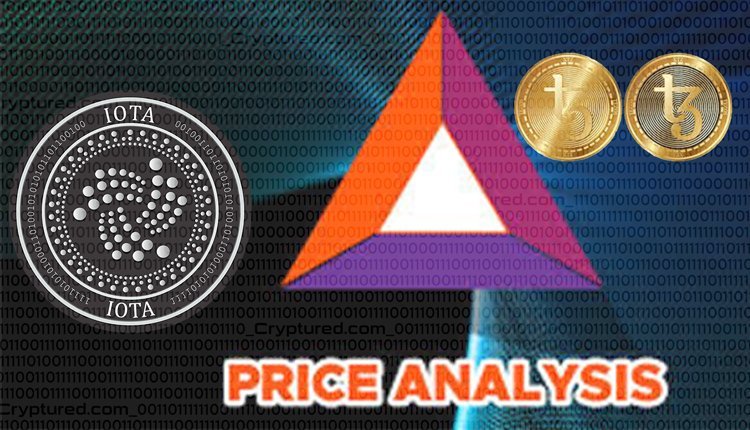 Price Analysis for Tezos, BAT, and IOTA on September 16th.

IOTA and BAT have been trading laterally along with the minor gains and losses. The frequent consolidation in BAT might push the value of BAT to a one-week low, whereas the measurement parameters of IOTA still show the green signal. The frequent purchase will test the mark of $2 in no less than a day. In contrast to the growth of the other two, Tezos has recorded a fall of approximately 8% over the same time, i.e., 24 hours.

The depreciation in the price of Tezos by approximately 8% has opened doors for further depreciation, leading to even one-week low values. The value of Tezos after depreciation stood at $6.85, which immediately took the support of $6.81 and later at different levels, i.e., $5.84 and $5.04.

BAT showed a green signal with a significant 1.5% rise in less than 24 hours and was seen trading with a good volume at $0.793. As per the study of the current market situation, if BAT continues to show a downtrend for an extended period, it will take the immediate support of $0.734. This will give BAT a closing of one week low.

IOTA, along with BAT, has some very good scope for positive actions even after the sideways graph. If IOTA breaks the support point and moves upward, it might make the resistance of $1.70.

Steven Cohen is planning to invest in a crypto quant trading company.