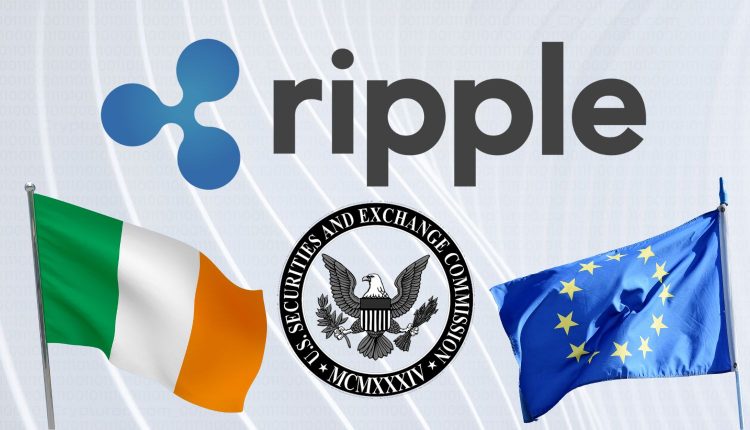 Ripple is effectively operating outside the United States since its extensive fight with the Securities and Exchange Commission (SEC), says Ripple General Counsel Stuart Alderoty. As such, the crypto company is looking to expand its reach in Europe.

Alderoty said Ripple’s customers and its revenue are driven outside of the U.S., despite having a lot of employees in the country. With ambitions to expand its presence in Europe, Ripple has two employees in Ireland and is seeking a virtual asset service provider (VASP) license from the Irish central bank so that it can passport its services throughout the EU.

Ripple’s General Counsel said the company plans to file an application for an electronic money license in Ireland. Ripple helps financial institutions move money around the world via blockchain technology. With over 750 employees across the world, around half of it is based in the United States, and 60 are based in its London office.

Ripple continues with its legal battle against the SEC, which had initiated the lawsuit alleging that the crypto firm and its executives illegally sold XRP to investors without registering it as a security. Ripple maintains that the XRP should not be considered an investment contract as it’s used in business to facilitate cross-border transactions between banks and other financial institutions.

Alderoty expects the ruling on this case in the first half of 2023 with final legal briefs due by the end of this month. After this, the judge can either make a ruling or refer the case for a jury trial. The General Counsel described this as the beginning of the end of the process in Ripple’s case. The crypto company has fought a hard battle to obtain documents related to a June 2018 speech from SEC official Bill Hinman, who had said that sales of Ether are not securities transactions.