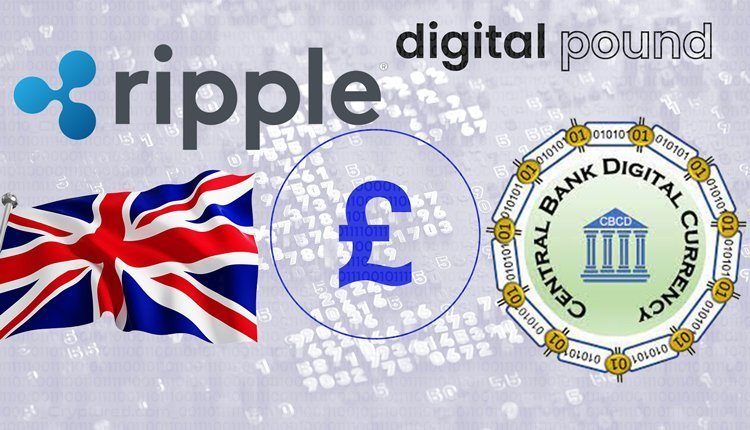 CBDCs, or Central bank Digital Currencies, are slated by many to be a part of the traditional economic system in the future. CBDCs are gaining more importance as different countries are setting up autonomous bodies to look into the development and implementation of CBDCs. In a recent development in the United Kingdom, blockchain-based firm Ripple has collaborated with Digital Pound Foundation to work on a British Central bank Digital Currency. Ripple is not the only firm partnering with Digital Pound Foundation. Smart contract firm Avalanche is also on board with Ripple to work towards the development of a British CBDC.

Digital Pound Foundation is a not-for-profit organization that aims to develop a fully functional digital pound for the United Kingdom. It was launched in June of this year. From the very beginning, it was conceptualized as a place where public and private sectors could join hands and work for the development of a British CBDC.

The DPF claims that a CBDC for Britain would mean better payment options and the choice of having services like programmable money. On 14th October, Ripple made it official that they have partnered with Digital Pound Foundation for the project and expressed enthusiasm. Ripple is already on a mission to engage with different central bans and work towards the development of CBDCs. Naturally, a collaboration with Digital Pound Foundation is great news for the firm. All three organizations – Ripple, Avalanche, and Digital Pound Foundation – are stern believers in the power of CBDC to change the economic system for good. They are hopeful that their joint efforts will make the transition smooth and seamless.

NFTs Are Changing the Internet