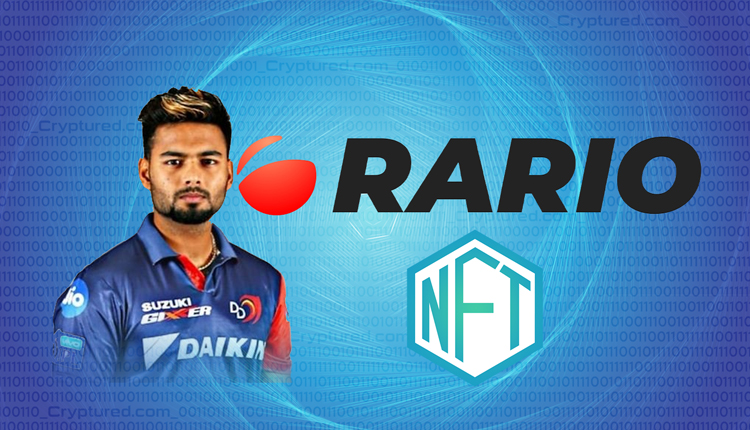 Popular Indian cricketer and captain of the Delhi Capitals Indian Premier League (IPL) cricket team, Rishabh Pant, has reportedly signed a deal with NFT platform Rario. Rario is an NFT platform where fans of the game collect, play and trade NFT collectibles related to cricket. According to online sources, Rario plans to mint digital collectibles in the form of the cricketer’s famous moments in the field and also outside.

Rario is the first cricket-focused NFT platform that is officially licensed to facilitate the buying and trading of digital collectibles based on the fans’ favorite cricketers. In a recent interview, Rishabh Pant said that this collaboration is aimed to preserve important moments of his cricketing career. The NFT will most likely feature Pant’s century against the England cricket team during a match in the city of Ahmedabad, and also his innings in the Brisbane Cricket Ground. It will also feature moments of his leadership with the Delhi Capital team in the IPL playoffs.

The chief executive and co-founder of Rario, Ankit Wadhwa, said in a recent interview that this NFT collection would be a great opportunity for cricket enthusiasts around the world. Through this collection, the fans would be able to relive the fantastic moments in the cricketer’s career.

According to online sources, Rario users will soon get the opportunity to list and sell their cricket-themed digital collectibles on the Rario Marketplace. In addition to this, the cricket fans who had initially missed out on the NFT drops can catch up and build their collection on the Rario marketplace. They will also be allowed to showcase their NFT collections or even trade Rario cards.