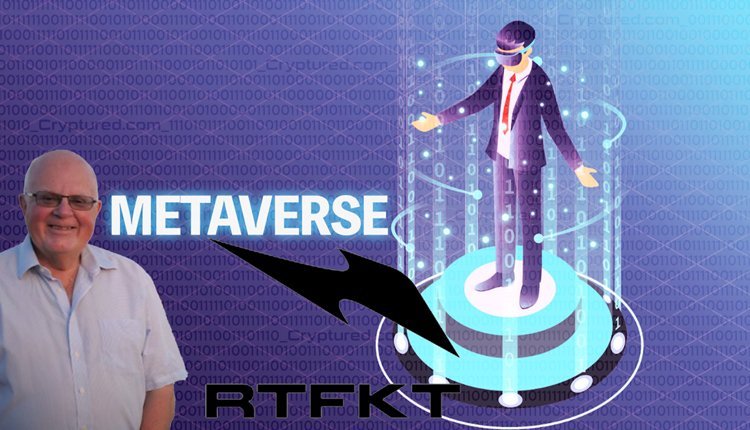 Sneakers have become a part of pop culture now, and many people buy high-end sneakers as assets. Some of them hold their value and also show a rise in their value as they become rarer.

Many pop artists and rappers collaborate with brands like Adidas and Puma to give people custom edition shoes that cost a fortune. Nike is most well known for making these collaborations, especially when they made self-tying shoes from “Back to the Future” a reality.

With only 1,500 pairs ever produced, they have gained notoriety for being one of the most sought-after shoes to ever exist. In a similar fashion, NFT sneaker brand RTKFT Studios takes the whole brand into the metaverse.

Founded by Steven Vasilev, Chris Le, and Benoit Pagotto, RTKFT uses new-age tech and NFTs to create immersive sneakers and digital assets that go along with them.

They are known for collaborating with Janet Jackson and Jeff Staples in the past 12 months and also offer digital collectible drops. They have been active in The Sandbox and Decenterland gaming metaverses.

Chirs Le, one of the founders, said that they would be focusing more on gaming designs and graphic design work for big music labels like Sony Music and Def Jam. The company is in the midst of directing music videos with big artists like Anderson Paak and Ty Dolla Sign, along with working on a Netflix project with Danny Trejo.

They were able to raise $8million in May of this year and have expanded considerably since then.