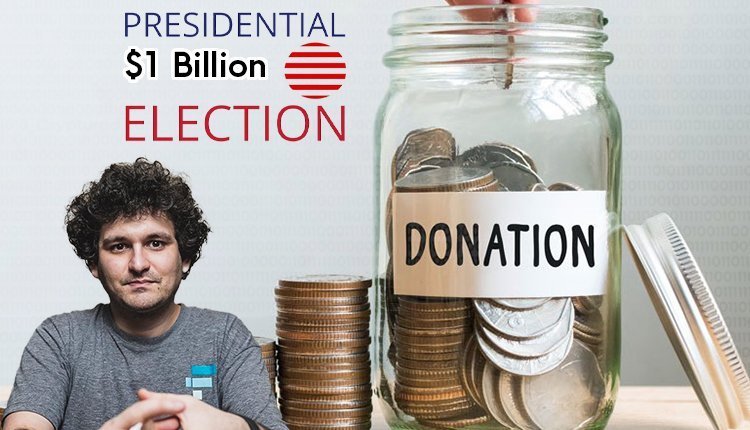 Sam Bankman-Fried to donate up to $1 billion in US presidential election campaigns.

Crypto billionaire Sam Bankman-Fried is willing to donate up to $1 billion in the 2024 US presidential election campaigns. The founder of FTX crypto exchange says he doesn’t really know but it could be more than $100 million. Bankman-Fried said it depends on what happens and exactly who’s running where for what.

He pointed out that these things are super contingent. The 30-year-old was among the top 20 largest donors to Democrats Joe Biden’s 202 US presidential campaign. FTX contributed nearly $5.2 million to help Biden seal a win over former president Republican Donald Trump.

Bankman-Fried believes $1 billion is a decent thing to look at. But he argued that it’s a hard ceiling because no one knows what’s going to happen between now and then. And it could sort of be a soft ceiling. The billionaire highlighted that one of the most important issues is to prevent the next pandemic which could cost tens of billionaires of dollars. Bankman-Fried says he would be looking a lot less at political parties, and a lot more about sane governance and ads for the things that he cares the most about.

The FTX CEO believes that the US has both a big opportunity and big responsibility to the world to lead the West in a powerful but responsible manner. Bankman-Fried said that everything the United States does has a massive ripple effect on what the future looks like. He had recently donated over $10 million to support a Democratic candidate Carrick Flynn in last week’s primary for a congressional seat in Oregon. Bankman-Fried gave financial support as Flynn was focused on pandemic preparedness.

Unfortunately, the Democratic candidate lost by a wide margin. The crypto enthusiast said he learned a lot from it. He revealed that if he were to do it again, he would do it a bit differently but feels it was a well-thought-out raise.