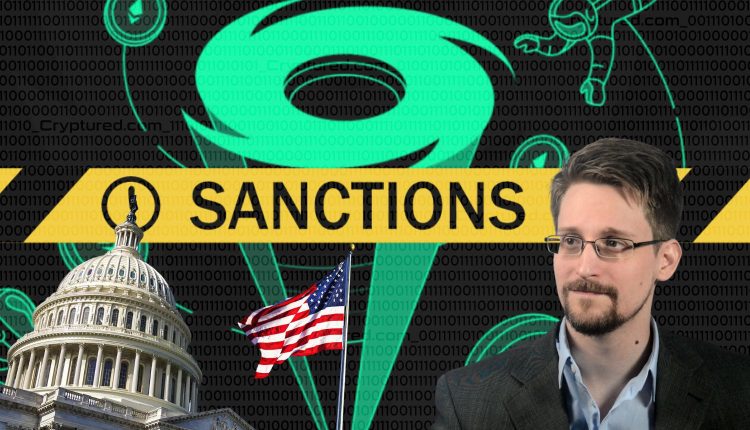 Speaking remotely from Russia to 75 people at Camp Decrypt in Napa Valley on October 27, he described Tornado Cash as “simply a tool”. He said it does nothing without human provocation. Snowden explained in terms of pushing a button. The whistleblower said it doesn’t do anything unless you push it.

Snowden brushed off the U.S. government’s claims that Tornado Cash was a bad thing. He believes the mixer’s ban is deeply illiberal and profoundly authoritarian. Snowden said the Ethereum network’s model was part of the problem as it publicly displays the transaction history of each wallet. Giant history cruft follows the user wherever, creates chain explorers, and people see every smart contract the user has interacted with on Ethereum. Snowden sees this as problematic.

He pointed out that Bitcoin suffers from the same thing, but then it’s not so problematic as there is not as much contract-based activity on Bitcoin. The former NSA contractor said blockchain sleuths can still follow the digital trail. The sleuths follow, chart it and see where it splits on the chain, and go where it goes back to a common node; or they track spends. He revealed that the NSA with its tools back in 2013 would have easily tracked Bitcoin transactions.

Snowden said people should be able to transact on the chain, at any time, effortlessly without their awareness.