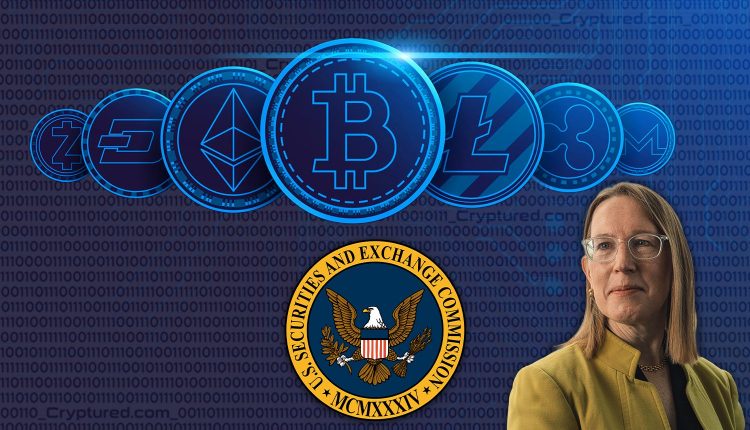 With the Securities Exchange Commission known for its tough stance against cryptocurrencies, the agency’s commissioner Hester Peirce acknowledged that crypto is being treated differently. She admitted that the SEC is treating crypto unlike any other sector and this deviates from how it typically regulates.

Peirce said many regulators regard cryptocurrency as a fleeting dalliance and not a burgeoning revolution. She explained that in the beginning it was assumed that crypto wouldn’t stay around, so the regulators didn’t want to invest resources in developing a framework for something that’s not going to stay.

The Commissioner said the dismissive approach spurred an SEC approach to crypto that relied exclusively upon isolated enforcement actions. But the strategy runs counter to how the regulator usually generates rules and standards. Peirce pointed out that when the SEC typically writes a rule, it goes out with a proposal. She said people and businesses talk to the agency and it talks to the public – healthy conversation. But this wasn’t so with the crypto industry. It’s not at all healthy. Peirce said the SEC brings the crypto companies one at a time, not to collaborate on a policy but to dictate the terms of particular enforcement. She highlighted there is nobody else in the room – no customers, no competitors. As such, SEC has the leverage because it is about to bring an enforcement action.

Peirce accepted the fact that this is not a good way of regulating. Gary Gensler, SEC’s chairman, has repeatedly said he views crypto no differently than any other market under his purview. He has responded to criticism of his crypto policies by shouldering it squarely on crypto companies. Gensler defends himself saying he has encouraged the crypto companies to come in and talk if they are unhappy about the regulations being implemented.

However, Peirce regards such engagements as meaningless. She said the agency’s past meetings with crypto firms led nowhere.

France and Sweden Get On-Demand Liquidity Thanks to Ripple.