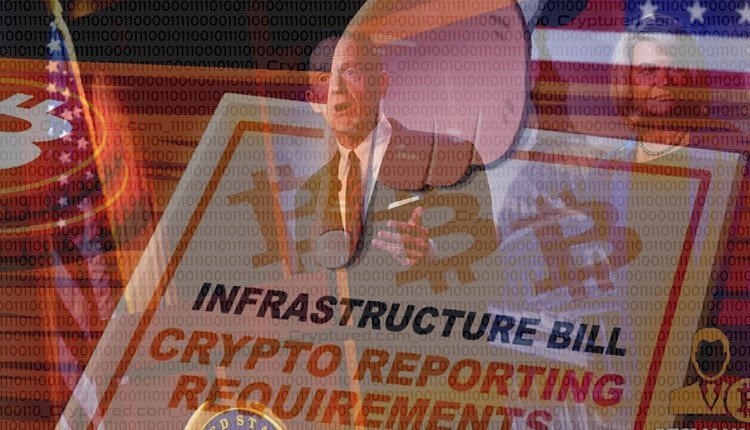 Negotiations surrounding the bipartisan amendment of the proposed crypto tax-reporting bill had been ongoing for several days. However, the Senate finally struck down the amendment, which could deal a blow to several companies that were reluctant to submit the information related to user transactions to the IRS. The rejection of the amendment means that crypto transactions worth more than $10,000 have to be reported to the IRS by validators as well.

The amendment was presented by Senators Cynthia Lummis, Pat Toomey, Rob Portman, and Kyrsten Sinema. The amendment sought clarification on how a ‘broker’ is defined. As of now, a broker is defined by the tax-reporting bill as any individual who takes responsibility for providing digital asset transfer services to others. The advocates of cryptocurrencies have criticized the bill’s definition, as they believe it is extremely broad. According to them, the bill’s definition can be made to include stakers, developers, and miners. Simply put, even participants in the crypto market without customers have to comply with the rules, which they can’t, as there would be no way for them to access the requisite information.

The amendment would have been brought in had the Senate voted unanimously in its favor. However, there was an objection from Senator Richard Shelby, which means that the definition in the original bill is set to stay. This development has crypto advocates in the country worried, as they fear that crypto innovation will be stifled, eventually pushing crypto businesses overseas to countries with more relaxed crypto laws. The rejection was also criticized by the Blockchain Association.