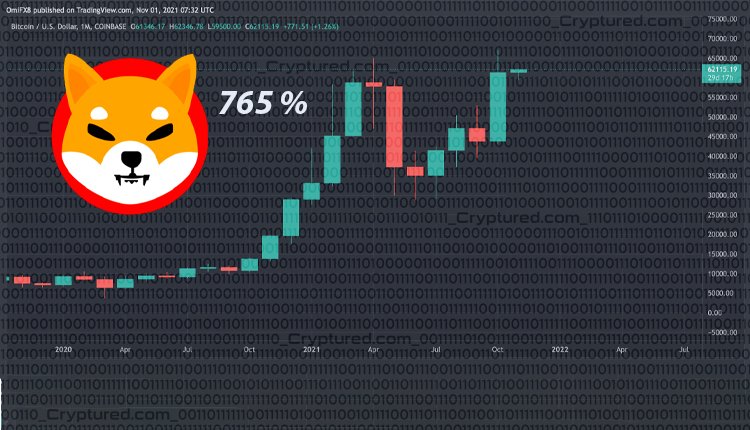 As the cryptocurrency market rebounded in October, prominent meme coins experienced significant increases. According to CoinMarketCap, DOGE and SHIB both hit new highs and are currently among the top ten most valuable digital assets.

Bitcoin is currently the largest cryptocurrency, gaining an impressive 40 per cent. It has a market capitalization of 1.17 trillion dollars.

Polygon’s MATIC surged 56 per cent, Ethereum’s ether (ETH) grew 30 per cent, and Polkadot’s DOT rose 36 per cent. These were the highest performing currencies among the CoinDesk 20, a collection of 20 handpicked digital assets. Polygon’s rise in October, according to Denis Vinokourov, an independent crypto research analyzer, may be attributed to the company’s sustained focus on gaming and the meta-verse.

According to a Google Trends investigation, “meta-verse” has been growing in prominence as a keyword since Facebook declared last week that it will shift to focus on the topic. Following Facebook’s statement of a business rebranding to Meta and a push toward meta-verse development, Decentraland’s MANA hit an all-time high on 31st October.

In October, Cardano’s ADA coin dropped by 13%. In early September, the blockchain, which seeks to compete with Ethereum, experienced a network update known as Alonzo, which enabled smart contracts to be formed on its platform.

As per CoinDesk statistics, Ether, the world’s second-largest cryptocurrency, hit an all-time high of 4,458 dollars on 29th October.

Singapore’s CBDC, which focuses on retail, is hedging against privately minted stablecoins