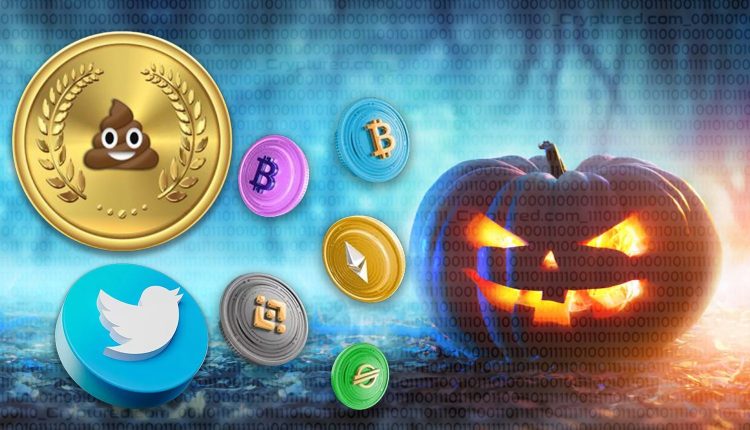 Halloween was no different from other times when the crypto community released new coins with current-event themes. In an effort to capitalize on the excitement around the celebrations, the market saw an invasion of cryptocurrencies themed around Halloween.

Halloween-themed cryptocurrencies, which often don’t have any genuine use cases or prospects for investors, have taken over the Twitter crypto community. These kinds of projects frequently start as off-the-shelf products that can be swiftly renamed and introduced to the free market for trading.

Just days before the event, projects like the one called Halloween Token were launched with the express intention of collecting $50 million in market capitalization. The September 2022-born project Halloween Spook calls itself the “scariest meme token on Binance Smart Chain (BSC)” Elon Musk’s recent “let it sink in” meme is the inspiration for the project’s Halloween Elon (SINK) coin.

The Halloween Wars Token was discovered once more on the BSC network, clearly declaring its intention to “ride the buzz of what many think is the most exciting time of the year: Halloween.” Despite making no attempt to market the initiative, it managed to attract 17 supporters, who nevertheless run the risk of having their funds lost to market capitulation.

While cryptocurrencies based on current trends frequently experience a price increase, this increase is often only temporary before the owner decides to sell the cryptocurrency, preventing investors from profiting. As a result, it is crucial for investors to conduct their due diligence (DYOR).

This comes days after Tesla’s billionaire, Elon Musk, finished his deal to buy Twitter. Elon musk has since got support from Changpeng Zhao(CZ), the CEO of Binance, who decided to back Musk’s acquisition of Twitter with a $500million fund. Changpeng Zhao stated that he would partner with the social media platform in order to enhance the adoption of cryptocurrency across the globe.