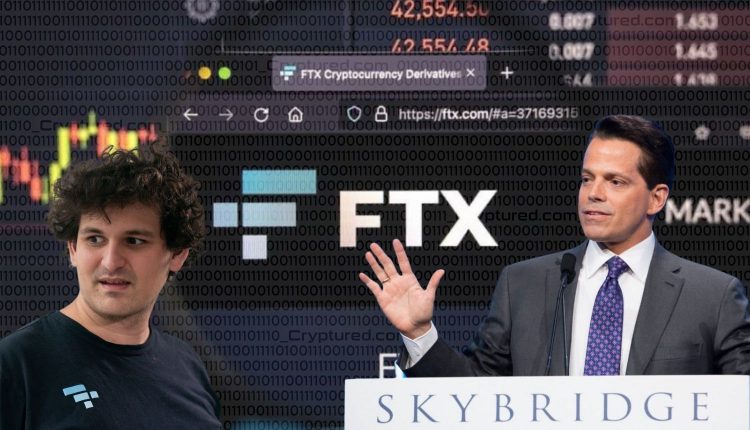 Anthony Scaramucci, the founder of SkyBridge Capital, stated on CNBC on Friday that the company is attempting to repurchase the interest that FTX had purchased in the alternative investing firm. Scaramucci stated, “We’re in a worse situation because we decided to have Sam join the cap table at SkyBridge. “There’s no denying that our situation is worse. He has harmed the sector.

To preserve its balance sheet, the corporation intended to place $40 million of the cash in cryptocurrency investments over time. However, the company had to write down some assets because of the sharp decline in the price of cryptocurrencies. Scaramucci also affirmed the lack of assets held by SkyBridge at FTX, citing a potential conflict of interest.

Scaramucci urged in his CNBC interview that Bankman-Fried and his family make the events surrounding FTX public to set the record straight. Stop tweeting 22, but appear before a regulator and detail what transpired, Scaramucci advised CNBC. “If a fraud occurred, let’s clean it up as much as we can and fix the accounts FTX owns.”

FTX revealed two months ago that it was purchasing a 30% share in SkyBridge, which oversees about $2.2 billion. According to Bloomberg, FTX Ventures provided the money for Scaramucci’s fund to expand the business, introduce new products, and add cryptocurrencies to its balance sheet.

Since late 2020, the CEO of SkyBridge has led the business into a number of new cryptocurrency services and has been a vocal proponent of cryptocurrencies. The SEC has previously rejected the firm’s attempt to create a spot bitcoin ETF due to murky rules.