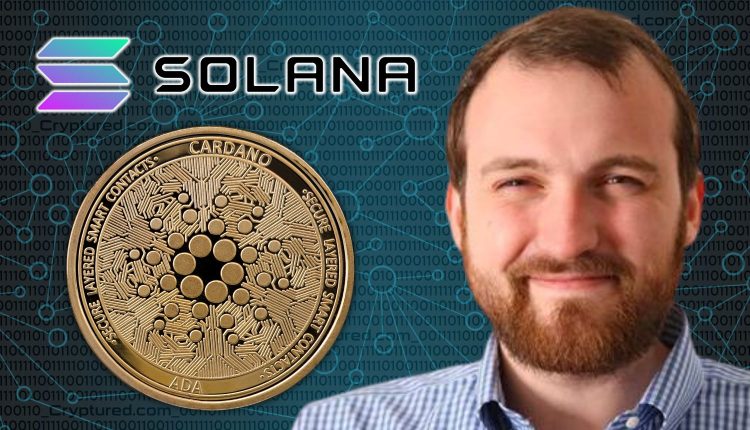 Solana Could Become Sidechain Of The Cardano Network: Charles Hoskinson

Charles Hoskinson, Cardano founder, believes the smart contract protocol Solana could become a sidechain of the Cardano network. He shared that they have been talking about this for six years now.

Hoskinson said the concept of one main chain and a family of sidechains, and each and every one of them does different things. During a recent YouTube AMA session, he outlined that the sidechains model of Cardano is that if a sidechain comes in and connects to Cardano, that sidechain is a partner of the main chain, wherein the mainchain provides security, infrastructure, an ecosystem and liquidity.

The executive said the sidechains are listed on 200-plus exchanges. As such there is the scale for that and in exchange for that, the partner chain pays the inflation to the stake pool operators and the ADA holders, instead of paying its inflation to miners who are a nexus within that chain. Hoskinson pointed out that Cardano is taking care of the security of the sidechain, which can have its own computational model, notion of data availability, and network stack as well as consensus algorithm.

He explained that Solana can be taken, the current consensus algorithm replaced with 25 times faster and doesn’t collapse, making it a Cardano sidechain. Furthermore, Solana would be paid to ADA holders to maintain it. The holders don’t have to worry about security as all DApps move over and get better reliability, security and get faster.