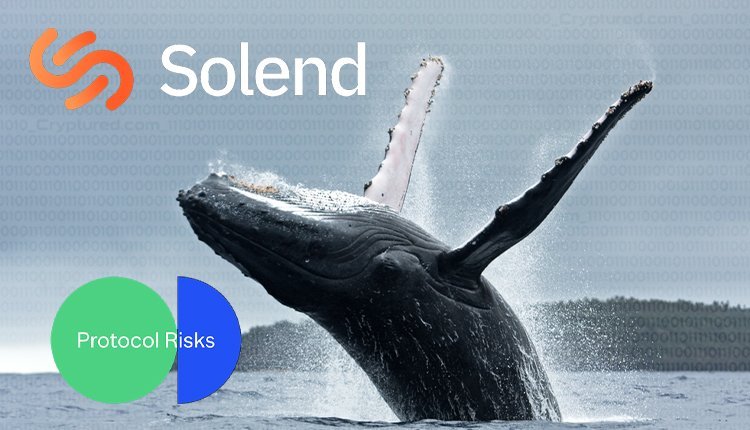 of “whale” to stop it from putting protocol at risk.

A lending platform built on the Solana blockchain, Solend, has tried to gain control of a “whale” investor that could influence market movements. Solend, a DeFi app, said the so-called whale is sitting on an extremely large margin position. It can potentially put the protocol and its users at risk. If it does so, there would be chaos and strain on the Solana network.

The whale had deposited 5.7 million Sol tokens, accounting for more than 95% of deposits, into Solend. And it was borrowing $108 million in the stablecoins USDC and Ether. Solend fears that if sol’s price dipped below $22.30, that is 20% of the account’s collateral, about $21 million risks being liquidated. At the time of writing this article, SOL was trading at $37.41 – up by 12.15% in the last 24 hours, as per data from CoinMarketCap.

Solend had passed a proposal on Sunday granting it emergency powers to take over the whale account. This is being described as an unprecedented move in the DeFi world. Solend highlighted that it would allow the platform to liquidate the whale’s assets via over-the-counter transactions. This would avoid a potential cascade of liquidations. However, it drew criticism on Twitter. Some users questioned the DeFi’s decentralization. They said the move was the opposite of what DeFi should be and was outright illegal.

On Monday, Solend’s users were asked to vote on a new proposal to overturn the earlier vote – 99.9% voted yes. The new proposal invalidates will prompt Solend to find another solution that isn’t about forcibly taking over an account.