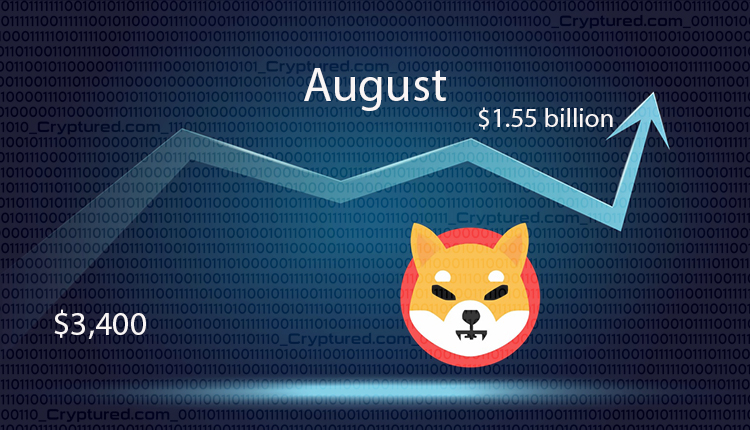 People who bought Shiba Inu (SHIB), the meme token, as early investors are billionaires now. Of late, this joke token has been touching the moon with its price surge, which has made the initial investors billionaires.

A person who paid $3,400 to buy Shiba Inu last August has become a billionaire now just from that purchase. The digital asset has gained 94,278,239.8% over the last year. Since August 2020, this unknown person has purchased the meme coin 44 times, with $3,200 being the largest purchase at a time. Now, he holds totally $5.63 billion. This is probably the biggest individual trade of all time.

There are many other people who hold these dog-themed crypto-coin and gained massive profits from their investment. A Twitter user claimed that he had spent $200 a year ago, the value of which has now reached $21 million.

The reasons behind Shibu Inu’s bullish momentum are:

SHIB’s total market capitalization is worth $40.3 billion now. This mammoth value gain of 1,063% over the last month has seen Shibu Inu overthrow Dogecoin (DOGE). SHIB has undergone a drastic surge of late, while DOGE has failed to match up to its level.

The massive gains of SHIB in the recent past make it almost irresistible, though investors should also take into consideration the risk factors and its price volatility.