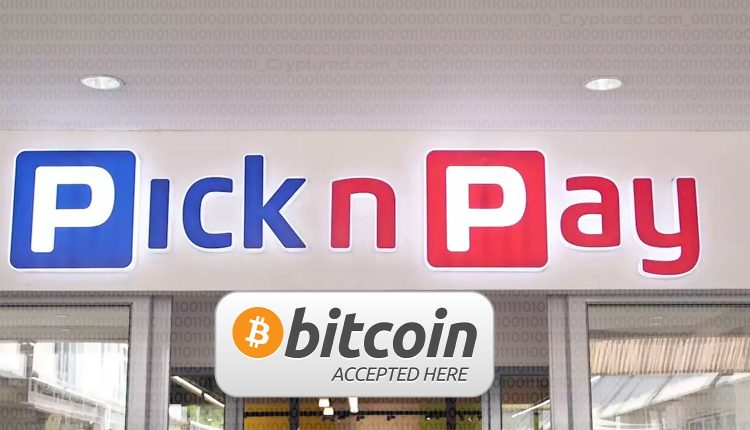 Pick n Pay, one of the biggest supermarket chains in South Africa, apparently allowed customers to pay their bills with cryptocurrencies like bitcoin. 39 of the company’s locations across the nation are covered by the deal. The National Children’s Advocacy Center has jumped on board and also accepts donations of digital assets.

When Pick n Pay tested the new payment method in ten of its outlets months ago, it provided a hint about it. The program is now active and extended to a total of 39 stores, according to recent reportage.

To adopt the asset class, the company collaborated with Electrum and CryptoConvert. Customers can use the Bitcoin Lightning network to pay their shopping expenses. At the cash register, the company explained:

“Swiping a debit or credit card is just as simple and secure as the transaction. Customers accept the rand conversion rate on their smartphone at the moment of the transaction by scanning a QR code from the app. Each transaction has a little service fee, costs the customer an average of 70 cents, and takes less than 30 seconds.

Cryptocurrency payments in South Africa, according to CryptoConvert founder Carel van Wyk, are still in their “infancy.” However, as locals have grown to love cryptocurrencies, similar actions may help the domestic financial system advance in the future.

The National Children’s Advocacy Center is a different organization that has adopted cryptocurrency as a way of payment. It collaborated with “Giving-Blocks” to become the first non-profit in Huntsville to accept digital assets as donations.

Over 90 assets, including ether and bitcoin, are supported. The organization explained that anyone who chooses to donate cryptocurrency will profit tax-wise.

“For us, it amounts to a monetary donation that funds child therapy sessions, parenting workshops, and medical examinations. For children who have been harmed by those who were supposed to be looking out for them, it transforms into hope, healing, and justice, according to Hannah Alderson, coordinator of the crypto-project.