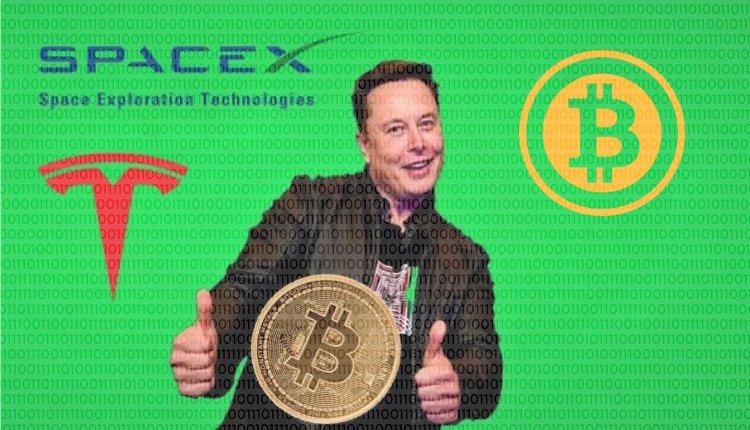 Despite its recent concerns about bitcoin’s environmental impact and Tesla not selling any of its $1.5 billion BTC, Elon Musk discussed bitcoin again during a live-stream session of “The ₿ Word event”, a special online event regarding Bitcoin.

The billionaire Tesla CEO revealed for the first time that his aerospace company, SpaceX, also owns bitcoin but has yet to declare how much it has purchased. Earlier in May, Elon presented mixed concerns regarding bitcoin followed by an announcement in which Tesla would no longer accept bitcoin for its products. Earlier this month, however, Musk hinted that Tesla might be on the verge of accepting the cryptocurrency again as its environmental profile is improving.

He also stated that the only significant assets he personally owns consist of stock in his companies, doge, ether, and bitcoin being the biggest one: “SpaceX, Tesla and I own bitcoin. The companies just own bitcoin and the bitcoin I own is worth much more than the Ethereum or Doge”. However, he did add that none of them is selling any. His statements confirmed long-lasting rumors that the space firm was adding Bitcoin to its reserves.

During the event Musk was also wearing a bitcoin-themed t-shirt and seemed very optimistic for the crypto world in the future, focusing on the positive trend in renewable energy usage for BTC mining with reference to the recent closing of several coal-powered mining plants in China. 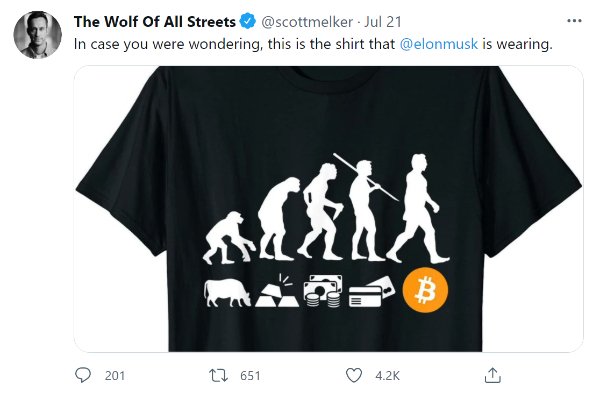