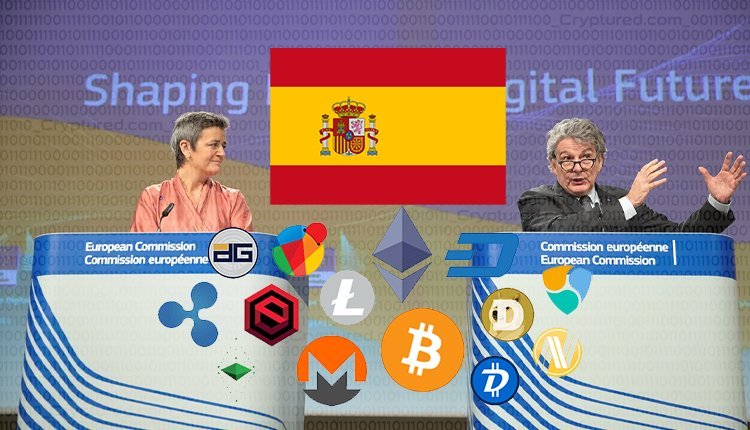 Spain has come up with a pioneering law in the European Union to regulate cryptocurrency advertising. By implementing the law, it hopes to safeguard investors from misleading claims and returns. The law requires advertisers to send the publicity campaigns to CNMV – Spain’s fiscal watchdog.

The Spanish government has tasked stock market regulators with implementing mass campaigns to inform and educate investors aware of the risks. The official bulletin said that advertisers and companies marketing cryptocurrencies must notify the CNMV at least 10-days in advance of the content. As such, the watchdog will be able to monitor and caution investors. The new law will come into effect from mid-February.

Rodrigo Buenaventura, the head of CNMV, said this will bring some order to how crypto is promoted in the country. Describing it as a new terrain for the government as well as crypto-influencers, Rodrigo said there will be moments of friction. But that is bound to happen when rules are laid for assets or things that were not regulated before.

The CNMV had rebuked soccer star Andres Iniesta, in November 2021, for promoting Binance, a crypto exchange, on his Instagram and Twitter accounts. The watchdog said the former Barcelona footballer should be thoroughly informed about crypto assets before investing in them or recommending them to others. CNMV with the Bank of Spain in 2021 had released a warning about the volatility, complexity, and potential lack of liquidity in these kinds of investments.

However, the Spanish institutions also acknowledged the growing popularity of cryptocurrencies, NFTs, and other crypto products. It also knows the challenges that come with it such as protecting the interest of investors in the unregulated crypto space.

The crypto ventures that are saving the earth are green and gold.