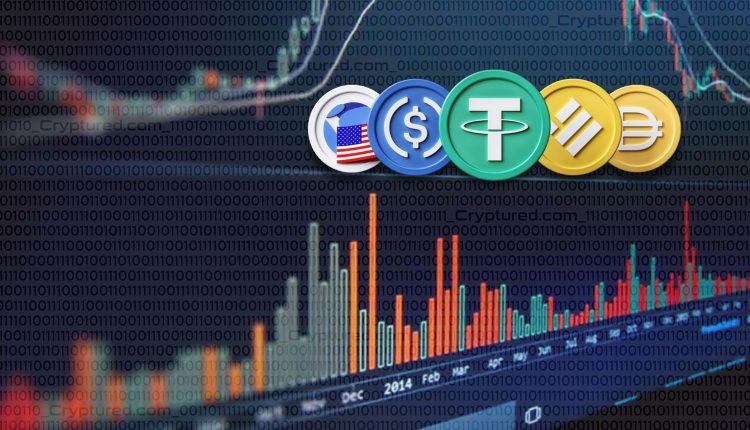 After reaching billion-dollar highs in November, stablecoin dominance is retracting.  Data from The Tie stated that a collection of more than 30 value-pegged tokens were worth $137.5 billion on November 11 – representing about 19% of the entire cryptocurrency market.

The Stablecoin sector’s previous record of 18.4% set in mid-June was broken when the collapsed crypto exchange firm FTX filed for bankruptcy. In May-June, the crypto market sank because of the turmoil brought in by algorithmic stablecoin Terra’s crash. The leading Bitcoin price halved in the month of July and stablecoin dominance went from 11% to 17.5% across the same period. This was a 59% jump.

But Terra’s contagion consumed crypto firms Voyager and Celsius, bringing them to bankruptcy and then the abrupt collapse of FTX in November. The crypto market sustained billions in losses in 2022. It should be noted that stablecoins made up around 13.8% of crypto on November 5, a day before Changpeng Zhao sounded a warning about FTX. Days later, it got a 34% boost.

Data and charts highlight that stablecoin dominance against crypto’s total market value over the past five years is inversely correlated. When markets peaked in November 2021, pegged assets were less than 5% of crypto and less than 1% when Bitcoin hit the high of $20,000 in late 2017. At that time, Bitcoin’s dominance was between 40% and 64%.