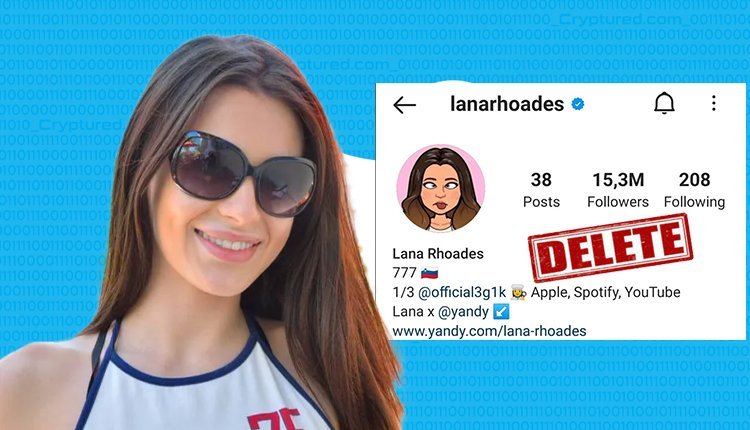 Lana Rhoades who is a well-known and recognized face in the adult movie industry, was criticized recently for her role in an NFT project. The project named “Cryptosis” had close to $1.5 million in ETH withdrawn from its wallet. This money was taken out just after Rhoades told her followers that NFTs are lucrative investment opportunities for anyone who buys them. This resulted in a storm of disapproval from the community and the actress deleted her Twitter account.

Lana Rhoades is being roundly condemned by people related to the crypto industry for her part in the abovementioned crypto project. The project contained close to 6100 NFT images (cartoons) of her. She was accused of withdrawing a large amount of ETH from this project. The claim states that Rhoades promoted her collection as an investment which is very lucrative. Once the money was withdrawn, several statements were made by the project’s spokespeople. This didn’t stop the value of this project from dropping precipitously.

Other channels including Coffeezilla have called this a rug pulling move. This term has a specific connotation in the crypto industry. It means that a project raises a lot of money, but the creator drops the project after taking money that was raised. According to sources, Rhoades is not a newbie in the crypto world. She has worked on a number of NFT projects and even helped with other rug polls.

Apparently, Rhoades is upset with these accusations and published a few tweets to refutes these claims. After a few days, it came to light that she deleted her Twitter account. Much of the material posted on her account can be found on archive.org.

Crypto is not a suitable method of payment for Malaysia: Deputy Finance Minister