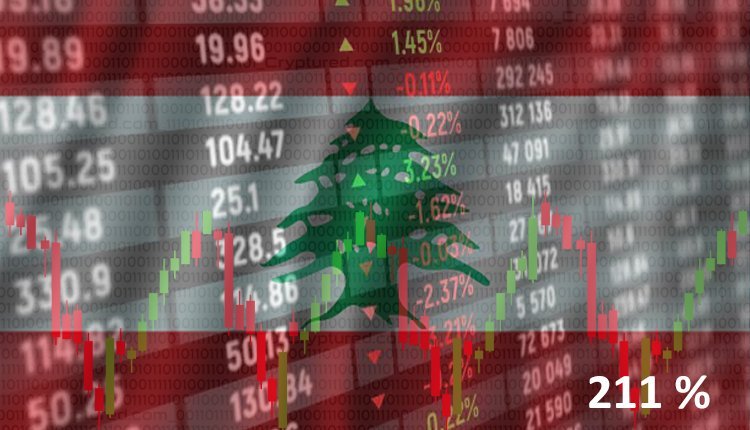 Steve Hanke suggests a Currency Board when Lebanon’s inflation rate rises to 211 percent.

Lebanon is in the headlines again, this time for different reasons. Market volatility has hit this resource-starved country yet again and inflation stands at a staggering 211%. This information was gleaned from data released in May 2022. The crisis-hit country has experienced inflation like this for the 23rd time with the CPI index at a high. The revelation of these numbers comes at a time when politicians are struggling to form a new government.

According to a news report, the failure of politicians to create a government is further delaying key reform implementation. These reforms would help the country receive $3 billion in funds as part of a bailout package. The package is being handed to Lebanon by the IMF. Other factors which are impacting prices are an inability to monitor prices by authorities or even contain them and currency fluctuations. A lifting of hydrocarbon subsidies, another critical factor has resulted in opportunists (retailers and wholesalers) in a disproportionate rise in consumer goods prices.

Imported goods are being smuggled in and the rise of a fuel black market has resulted in a surge in inflation. As a result of fuel related activities, transport costs have risen by more than 5005 in the last year alone. Lebanon’s public debt now stands at over $100 billion, and the country desperately needs a government to start functioning. Having a government will help it to get $11 billion more in funding. This money was pledged to them as far back as 2018 and it won’t be accessible unless the needed reforms are put in place.

Economist and professor Steve Hanke of Johns Hopkins University said in a tweet that a bailout by the IMF will not stop the country going into a death spiral economically. By setting up a currency board, Lebanon will get the needed help and establish stability.

Binance.US positions itself as go-to for crypto traders with zero-fee approach.

Nigeria’s competitiveness in the increasingly digital world is ensured by CBDC.