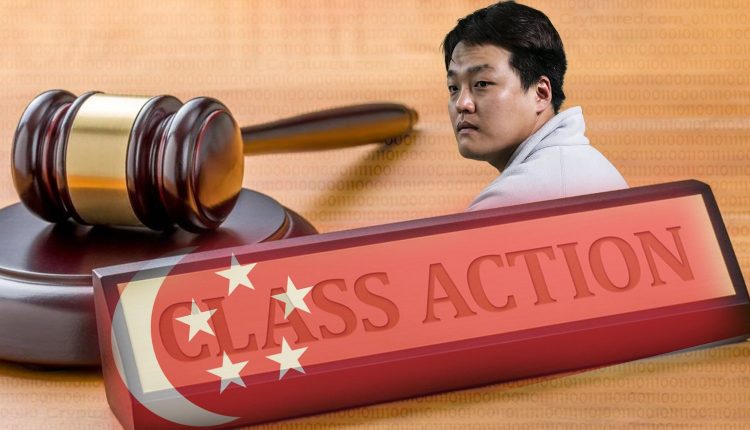 Do Kwon, the CEO, and co-founder of TerraForm Labs, is engaged in yet another legal struggle, this time in a Singapore court where a class-action complaint brought on behalf of more than 350 foreign investors is being heard. They assert that, in accordance with a good Wall Street Journal report, the collapse of the algorithmic stablecoin TeraUSD (UST) and its ecosystem caused a loss of around $57 million.

The defendants are charged with violating the California Common Law, the Exchange Act, the Securities Act, and the Racketeer Influenced and Corrupt Organizations Act in the class action lawsuit filed by Bragar Eagel & Squire PC (RICO).

In May of this year, the Terra ecosystem collapsed, wiping out the wealth of investors by more than $40 billion in a matter of weeks.

A significant crypto selloff that coincided with Terra’s collapse caused the prices of Bitcoin and other popular cryptocurrencies to plummet. High-profile cryptocurrency lenders Celsius and Voyager, as well as the hedge fund Three Arrows Capital, went bankrupt as a result of the meltdown, which also caused regulators all over the world to look more closely at stablecoins and cryptocurrency investing.

Both Douglas Gan Yi Dong, a native of Singapore, and Julian Moreno Beltran, a Spanish national who claims to have lost TerraUSD valued at roughly $1.1 million, are leading the complaint.

According to court records, numerous additional claimants spent tens of thousands of dollars or more in TerraUSD and assert that they are “entitled to claim for the loss and harm sustained in purchasing the UST tokens” as well as unspecified “aggravated damages.”

In addition, Terra founder Nicholas Platias and Luna Foundation Guard were added as defendants in the complaint. The plaintiffs claimed that the defendant deliberately issued a false assertion in order to sell their token. They claimed that the four defendants were aware that the stablecoin they were selling was actually volatile.

Elon Musk is referred to as a “Very High Variance Actor” by Vitalik Buterin.