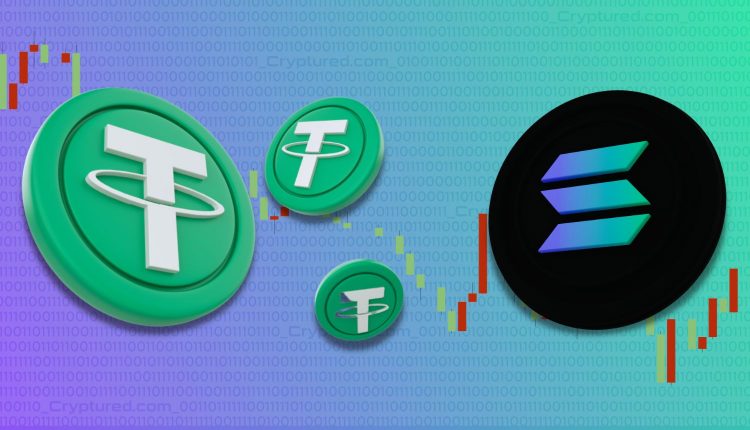 The largest stablecoin issuer in the world, Tether, has taken precautions to ensure that there are no risks related to USDT on the Solana network. The unsuccessful FTX exchange wouldn’t have any negative effects on the USDT that Alameda had issued, according to a statement from Tether on November 18.

After Tron and Ethereum, Solana is the stablecoin’s third-largest network, according to the Tether transparency report. Almost 3% of the supply, or 1.89 billion USDT, is available on Solana.

The fintech business explained that USDT is created at a 1:1 ratio when institutional parties pay dollars to Tether. Alameda for Tether on Solana was used as an example in the statement; “Those reserves are still in Tether’s possession; Alameda’s balance statement does not reflect them.

Alameda’s only option is to return the USDT and ask Tether to give it back in exchange for the dollars. Tether asserts that it has no outstanding stablecoin debts or other financial obligations to Alameda.

It said that numerous other businesses had irresponsibly lent Alameda various assets in exchange for severely illiquid collateral, which was the main issue they were currently dealing with. The company also said there was no leverage, which was a major factor in FTX’s demise.

Additionally, it made mention of Binance and OKX’s recent prohibitions of USDT and USDC deposits on Solana.” USDT issued on Solana is equivalent to USDT issued on any other chain,’ the statement reads. The coin only reflects a claim to $1 in reserves and collateral held by Tether.

With 65.9 billion USDT in circulation and a 45.5% market share, Tether is still the most popular stablecoin issuer. Since May’s beginning, its supply has decreased by 21%.

With 44.1 billion USDC in circulation and a market share of almost 30%, Circle’s USD Coin is still in the second position. Moreover, since the start of July, its supply has decreased by 21%.

With a 30% increase in supply since the start of July, Binance USD, the third-largest stablecoin by market cap, has experienced the reverse. A market share of roughly 16% is held by BUSD, which has 22.9 billion coins in circulation.