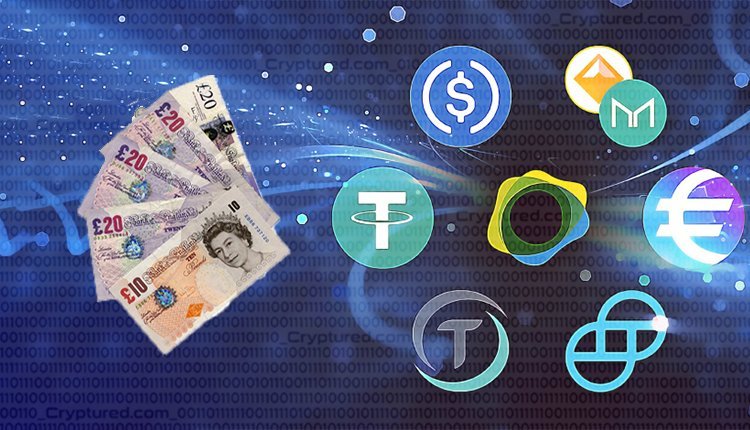 Tether, the world’s largest stablecoin issuer, is keen to introduce a stablecoin that will be pegged to the British pound. The stablecoin “GBPT” will initially be supported by the Ethereum blockchain.

If Tether goes ahead with the token’s launch next month, GBPT will become the fifth fiat currency-pegged stablecoin launched by the company. The pound-pegged stablecoin will join the likes of the US dollar-pegged USDT, euro-pegged EURT, Mexican peso-pegged MXNT, and the Chinese Yuan-pegged CHNT. A stablecoin is redeemable for a fixed amount of a less volatile monetary good, such as the fiat (traditional) currency. The tokens aim to provide efficiencies and utilities to blockchain payments.

Paolo Ardoino, Tether CTO, believes that the UK is the next frontier for blockchain innovation and the wider implementation of cryptocurrency for financial markets. He said Tether is ready and keen to work with UK regulators to make it a reality. Tether looks forward to the continued adoption of its stablecoins. Tether’s USDT is regarded as the “King” of stablecoins. It has seen billions of dollars in token redemptions since May. On the other hand, Circle’s stablecoin USDC is said to be fast approaching as its market cap has increased by 5%.

In recent months, stablecoins have taken up a larger share of the total crypto market cap. However, it should be noted that the majority of free-floating cryptos have receded in price. This can be attributed to the overall crypto market crash and the collapse of Terra’s UST – formerly the third-largest stablecoin.

Bermuda Loves Stablecoins Even More Now That Luna Has Arrived.

Following a $258 billion lawsuit, Elon Musk’s support for Dogecoin has become even greater.