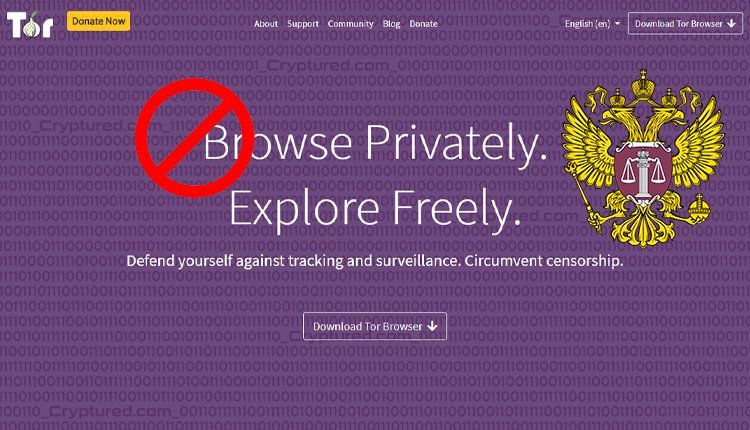 The decision to block the Tor Project’s website was overturned by a Russian Appellate Court.

Russia has been tough on crypto enthusiasts in the last year or so but is now showing signs of relaxation. In 2021 they banned all and any crypto-related activity in the country but now have changed their stance.

As the crypto world becomes bigger and better, more and more countries that were against it have been much more willing to adopt it. A regional court ruled that the Torprject.org should be banned in the country. But due to procedural inconsistencies, the case is now once again in court.

It has been instrumental in the case of people’s public rights vs the State and was banned in December last year. The decision was made in December of 2017 and has been a controversial topic ever since.

Experienced lawyers called for a mistrial as there was no representative of the website present in the court hearings. This and the lack of any laws regarding VPNs have been the main reason the decision is now being challenged in court again.

New proceedings are to begin in a month and Ekaterina Abashina hopes that the decision will be in her favor. As there are now laws regarding VPNs in the country, she says that the ban was archaic and fundamentally wrong. In the past, also many cryptos and other information websites have been attacked by the state and put on the ban list.

But with public pressure, Russian citizens have been gaining access to these sources and the government has been easing up the reins a bit too.