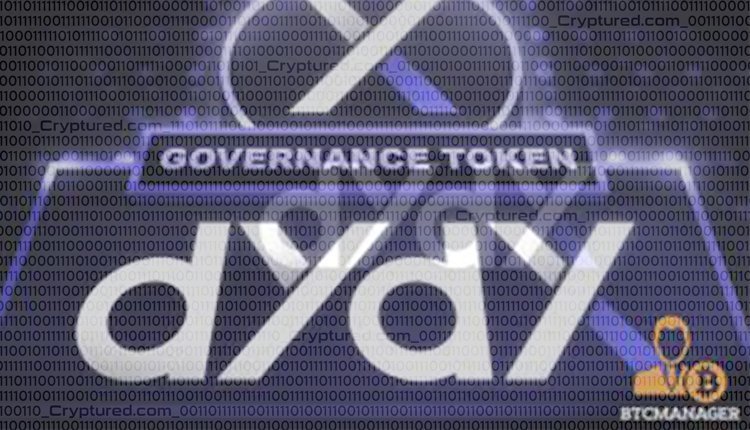 dYdX, a decentralized finance (DeFi) platform, launched its series of Governance Tokens. Last month, the company had announced its plans to release a token with an accompanying governance plan. This included the framework for a safety staking pool, meaning that the stakeholders of $DYDX will receive a yield in the same token.

The Problematic Launch of Governance Token

On Wednesday, dYdX kicked off the Governance Token amidst some problems. The developers encountered an error in the use of safety staking pool after it went online. dYdX team blocked access to the portal while working on an open source solution for the contract.

The upgrade, possessing the solution, will need to pass a government vote because of the new government model. According to dYdX’s tweets, no user funds were at risk and the funds can be withdrawn on time.

Currently, the issue is being discussed on the official dYdX community forum. A major portion of the debate is focused on compensating early stakeholders for the rewards they should have received in the absence of an error.

According to the governance model, retroactive rewards received 7.5% of the tokens and trading rewards got 25% of the tokens. Only those who completed a transaction on the dYdX platform in the past 3 years can receive an airdrop.

As per CoinGecko, the DYDX token reached $12 upon release. Due to this reason, many traders profess to have walked away with a huge sum of money in the form of tokens as an outcome of the airdrop. But not everyone received the airdrop because of geographical restrictions.