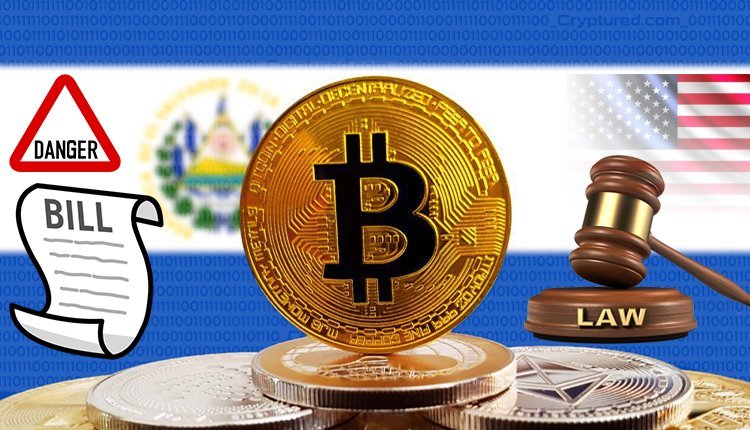 Not too long ago, El Salvador adopted Bitcoin as a form of legal currency. This caused some consternation in the US and three US senators proposed specific action in the form of a bill. The bill will look at how El Salvador’s Laws work internally and suggest a plan on mitigating risk. This information will be sent to them in the form of a report.

Called the AECS Act, the proposed bill is intended to look at the possible risks to the financial system in the US. It will focus on funding for terrorism and money laundering activities. According to Senators Risch, Menendez and Cassidy, adopting crypto as legal method of payment is a cause for concern. Especially if the country is a vulnerable trading partner located in the Americas. It raises concerns about the country’s stability economically and its financial integrity.

If the passage of the bill takes place, relevant federal agencies have two months to study and create a comprehensive report. Many aspects of El Salvador’s abilities related to financial stability and cybersecurity will be scrutinized closely.

The first section will look at how the country El Salvador worked on and enacted a Bitcoin Law. Factors such as mitigation of risk from all digital assets and impact on businesses and individuals will also be scrutinized. The second section of the report will set out information on the country’s internet and related infrastructure. The breadth of crypto use, potential for hacking and custody of funds will also be looked at. El Salvador’s president issued a statement saying that the US does not have jurisdiction on his country, which is an independent and sovereign nation.