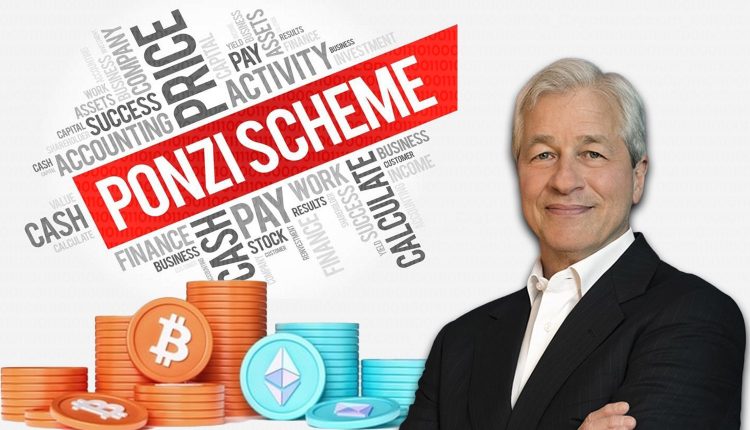 Jamie Dimon a fierce critic of cryptocurrency didn’t mince his words in congressional testimony on Wednesday when he described virtual currencies as decentralized Ponzi schemes. He had also called Bitcoin a “fraud”. The JPMorgan Chase & Co. CEO is a major skeptic of crypto tokens.

Speaking at a House Financial Services Committee meeting, Dimon said cryptocurrencies are decentralized Ponzi schemes, and the notion that it’s good for anybody is unbelievable. He said it’s dangerous and highlighted billions of dollars lost in hacks and thefts. Dimon believes stablecoins wouldn’t be problematic with the proper regulation. The House Financial Services Committee Chairwoman Maxine Waters and Ranking Member Patrick McHenry have been trying to reach an agreement on the stablecoin legislation. It would be illegal, under the latest version of the bill, to issue or create new endogenously collateralized stablecoins like TerraUSD that collapsed earlier this year.

Dimon highlighted that JPMorgan is active in blockchain for financial services. The firm uses its custom blockchain and token JPM Coin, the first cryptocurrency backed by a US bank, for intraday repurchase agreements. This allows other financial institutions to take out short-term loans using high-quality collateral. The bank also launched a new business division Onyx dedicated to blockchain technology. The new division has been used by large institutional customers for round-the-clock global payments.