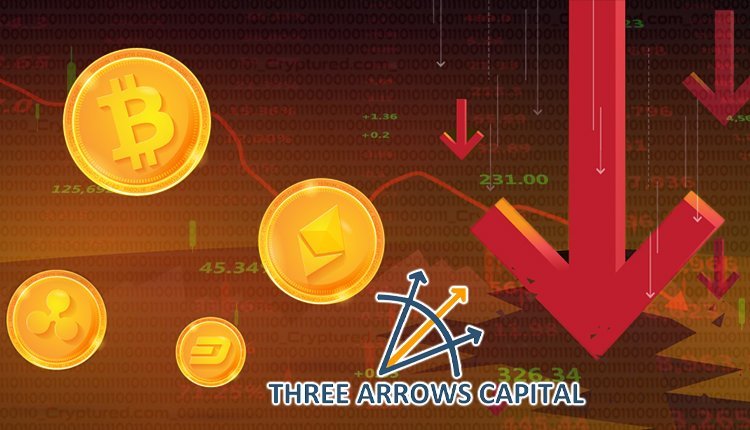 Three Arrows Capital gets swept into tornado of liquidation after crypto crash.

Three Arrows Capital, also known as 3AC, has succumbed to the crypto market crash – swept into a tornado of liquidation. Regarded as one of the most prominent crypto hedge funds, 3AC is known for its highly leveraged bets.

The ongoing crypto market crash has hurt the company severely and exposed it to a liquidity crisis. 3AC plunged deeper into financial turmoil after a court in the British Virgin Islands ordered the firm into liquidation after it failed to repay creditors. Voyager Digital, a crypto broker, announced on Monday that 3AC had not made the required payments on a loan worth more than $665 million – paid partly in Bitcoin.

The court appointed two senior members of global advisory firm – Teneo to help manage the liquidation. But the firm is in the very early stages of the liquidation process. A person, who requested anonymity, shared that Teneo is taking steps to realize the assets Three Arrows Capital has. It will create a website with instructions for how creditors can get in touch to make claims.

Su Zhu and Kyle Davies established 3AC in 2012. Trouble started brewing when Su admitted publicly in May that his prediction about escalating crypto prices was “regrettably wrong”. He had earlier stated that the hedge fund was in the process of communicating with relevant parties and fully committed to working out a solution. Davies told the Wall Street Journal earlier in the month that 3AC claimed about $3 billion in assets under management (AUM). This raised alarm bells throughout the crypto industry.

In recent months, a number of tech and crypto companies have sounded alarms as billions of dollars have been wiped off. The King of cryptocurreny, Bitcoin has been struggling to get a foothold of the $20,000 level and gains beyond the crucial $22,000 mark. The much loved digital asset has lost more than two-thirds of its value since touching $69,000 in November 2021.

Qatar intensifies its plans for the CBDC.