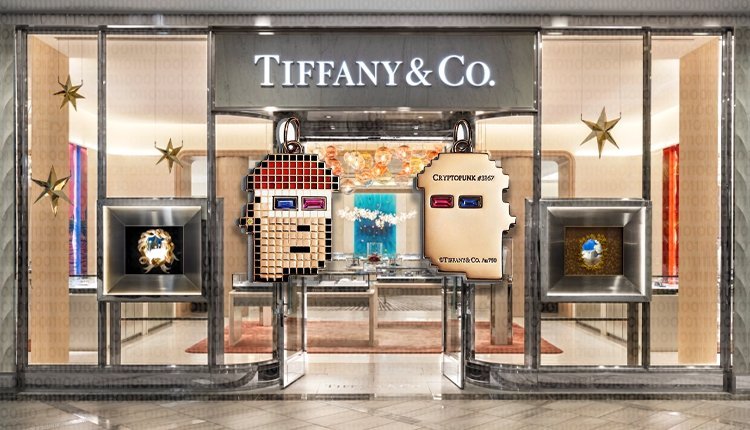 Tiffany launches series of NFTs, sale to begin on Aug 5.

A world-renowned luxury brand Tiffany & Co. is set to launch a series of NFTs which would be available for $50,000 (30 ETH) each from August 5. The jeweler has tweeted a video of a pixelated grid revealing NFTiff to pick up momentum.

Tiffany & Co. is taking non-fungible tokens to the next level. It will be exclusive to CryptoPunk holders. The brand tweeted that the NFTiff will transform the NFT into a bespoke pendant handcrafted by Tiffany & Co. artisans. The users will receive an additional NFT version of the pendant. An image shared by Cozomo de’ Medici, an influential NFT trader, highlighted that NFTiffs would offer a series of digital and physical pendants. Its made particularly for owners of CryptoPunks – resembling the NFTs they already own.

NFTiffs will have a limited supply of 250. Tiffany & Co initially ventured into the NFT space in March with its purchase of an Okapi NFT from Tom Sachs. It bought the NFT for $380,000 and has set it as the company’s profile picture on Twitter. The following month, Tiffany & Co. dropped TiffCoins – a series of limited edition gold coins that made its debut on April Fool’s Day. There were 499 solid gold coins in production and were engraved individually. It described the limited-release 18k gold coins as a modern version of Tiffany Money and a celebration of the company’s history.

The brand also created a pendant for Alexandre Arnault, who is Tiffanys executive vice president of products and communications. It had the likeness of CryptoPunk #3167. The pendant was made of rose gold encrusted with sapphire, ruby, and yellow diamond.

The executive of Web3 advises not to stop building while you wait for recuperation.