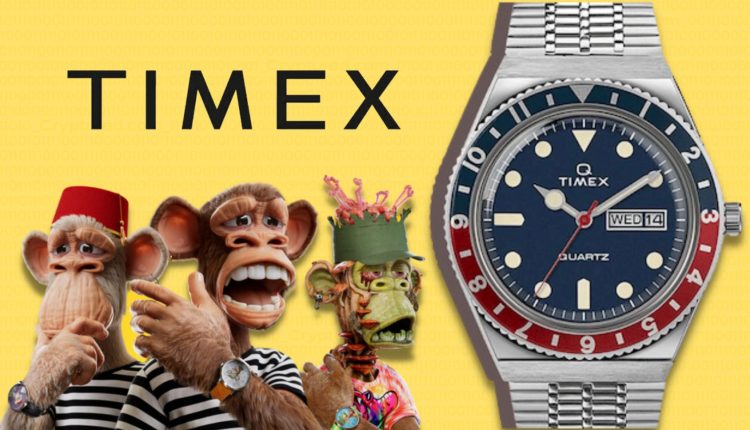 TIMEX and Bored Ape Yacht Club (BAYC) collaboration will release 500 timepieces that will display an owner’s Ape or Mutant on the watch’s face. The buyer of the watch can customize the timepiece with a choice of case, strap, and selected etchings. They will be able to show off their PFPs on their wrist, enshrined in a one-of-a-kind TIMEX watch.

BAYC and TIMEX’s creative direction was steered by longtime members of the Ape community, including Josh Ong and CryptoVonDoom. VonDoom said it’s been dope to collaborate with the OGs of watchmaking.

The Timepiece Forge Pass NFTs sale has started. It can be minted for 2 ETH or around $2,500. Forge Pass owners, around mid-December, will be able to design their own watch on TIMEX’s website. The watchmaker tweeted that anyone can mint the pass and secure, their right to one of the 500 creations, but only BAYC and MAYC holders will be able to create their set.

The watch will have an identical, digital version as an NFT and separate from the Forge Pass NFT. However, these unique timepieces will not arrive in time for the holidays. It’s expected to be shipped to purchasers sometime in the second quarter of 2023.

Shari Fabiani, Timex Group’s senior vice president of global marketing and creative services, said the company is entering Web3 by keeping creativity and community at the forefront. Timex is redefining and pushing the boundaries of physical, virtual, and physical products. Timex declared itself “timekeepers of the metaverse” last month with the release of a branded challenge in the game Fortnite.

Stobox Participated in One of the Biggest Expos – AIBC Summit 2022.