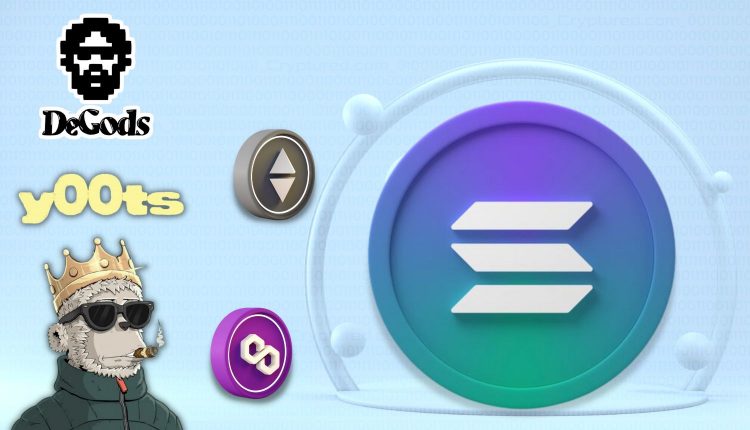 Rohun Vora, the creator of DeGods and y00ts, said they want to explore new opportunities for the continued growth of the collection. This move will benefit the DUST token which is used to buy, sell and mint NFTs on the DeGods ecosystem. Vora, who is also called Frank III, said the NFT projects will still remain on the Solana blockchain for the time being. He confirmed that the bridge/migration will be owner opt-in.

The creator said it’s a matter of getting the NFT projects on the platforms that he sees will drive the next wave of NFT adoption.  Vora likened it to the intense battle for intellectual property between streaming services such as Netflix, Disney Plus, and HBO Max. He believes the streaming service that secures the best IP will ultimately win the lion’s share of viewers, thus attracting better projects. Vora said the IP is ultimately going to drive the growth on that platform. It is a virtuous cycle. And people prefer Netflix because it’s the brand and place to be.

Vora believes there is a similar battle between blockchains that are vying to build the best NFT platforms. He said the metrics, volume, and liquidity will follow that. The creator’s bullish views on Polygon for NFTs were driven by the fact that Disney, Adidas, Nike, and Reddit chose Polygon as their NFT platform of choice.