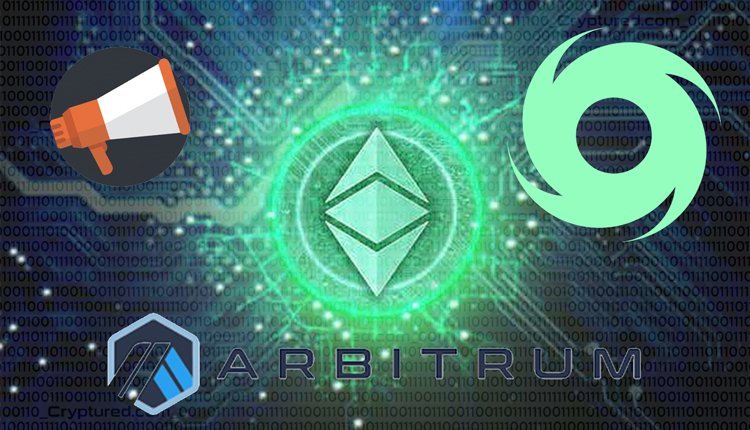 The privacy protocol, Tornado Cash, is preparing to scale up by deploying on L2 Arbitrum. The community has contributed to making sure that the protocol remains stable. Now the smart contracts of Tornado cash are ready to launched on the L2 Arbitrum.

The deployment on Arbitrum will help users immensely since they will now be in a position to benefit from all that a Layer 2 has to offer. The most important benefit being the lowered cost of transactions.

Tornado Cash is completely decentralized ETH mixer protocol. The path that the token stake from the sender to the receiver are masked in Tornado cash. This ensures complete privacy. The users are spared the need to use special tokens that are privacy focused.

L2 networks on ETH are also faster while they come with lower transaction fees. Additionally, they also provide ETH’s security and decentralization.

With the deployment of Tornado cash on Arbitrum, more users will be able to effect crypto transactions at lower fees. it is estimated that L2 transactions will be nearly 95% lower than what it was previously on L1 Ethereum. To be able to use Tornado Cash on Arbitrum, one will be required to send ETH, ERC-20 and ERC-721 tokens via the Arbitrum bridge to Arbitrum from Ethereum.

Polygon has launched the Ethereum EIP-1559 upgrade to burn MATIC.

Will Ethereum Really be Able to Flip Bitcoin as the ETH Bulls Pictured?

ETH Is UK’s Second Most Preferred Cryptocurrency, XRP Is Third-Most

Will Ethereum Really be Able to Flip Bitcoin as…