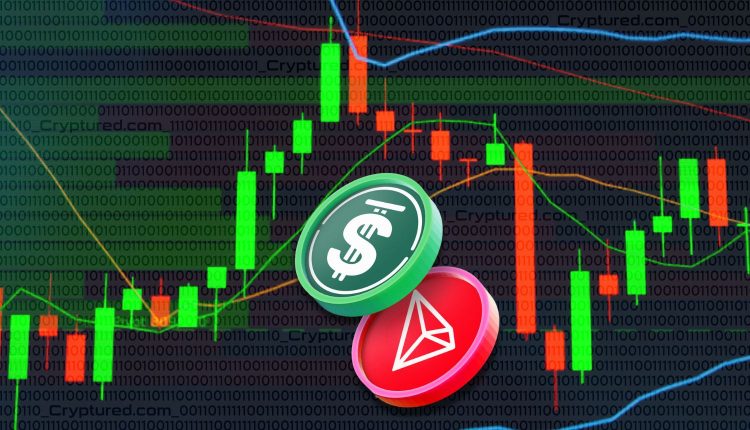 USDD, Tron network’s algorithmic decentralized crypto asset, is the latest stablecoin that has slipped off the $1 peg. It fell slightly below $0.97 on Monday, seeing its lowest since June 22. This violated DAO’s 3% price fluctuation threshold, for price fluctuations to be considered de-peg. USDD is the eighth largest dollar-pegged token. It is ranked 57 in terms of the largest market capitalization among thousands of crypto assets.

Justin Sun, Tron founder, tweeted that his team deployed more capital. He reassured users that USDD was an overcollateralized stablecoin. Sun tweeted that if anyone asks about USDD, it’s a 200% collateralized ratio on usdd.io. He suggested that users to check all the live data on the blockchain 24/7.

While USDD users may be feeling vulnerable, this is not the first time that the stablecoin lost its peg. It experienced the same on November 10, 2022 – the day before FTX filed for bankruptcy protection on November 11. It had slipped to $0.976 per unit but returned to the $0.99 range on November 18.

Tron’s stablecoin hit an all-time high just over a month ago tapping $1.04 per unit on November 9. In the last 30 days, USDD’s supply has increased by 0.2%. However, investors and users are concerned following the collapse of Terra’s algorithmic stablecoin UST in May. Its abrupt fall wiped out billions of dollars in investor wealth.

Institutional Appetite for Bitcoin Faded Away Due to Bear Market.

US Seizes $700mn Worth of Assets Owned by FTX.