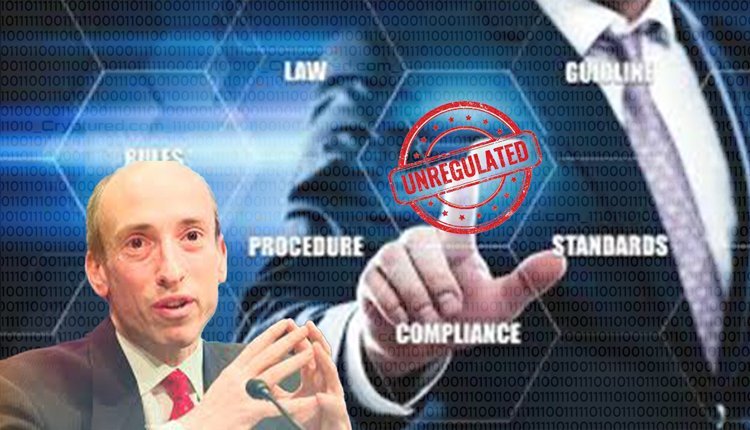 SEC chairperson Gary Gensler repeatedly makes headlines for his orthodox views on virtual currencies. In another round of comments about crypto, he said that if left unregulated, the crypto market will ‘not end well’. His tone and choice of words made it clear that he is very much in favor of strong regulations over the crypto space. People who are familiar with Gensler and his ideas would not be surprised at this comment. He has a history of making ominous statements about crypto and crypto-related fields. To substantiate his claims, he referred to the multitudinous nature of tokens and virtual coins.

In the past, Gary Gensler compared the crypto space to the ‘wild west’. Such descriptions and attributions create a negative idea of crypto in the minds of the uninitiated. His comments are in line with the general vision of crypto in the eyes of regulatory authorities. Among many others, Brian Armstrong had previously retorted against the SEC and its authoritarian practices. Many are seeing Gensler’s comments as a reply to the Coinbase CEO’s comment. However, Gary Gensler did not make any direct reference to Brian Armstrong. Coinbase’s CEO, on the other hand, is unequivocal in his criticism of Gensler and the SEC. Previously, Armstrong had said that the SEC resorts to ‘sketchy behavior to impose unjustified regulations over the crypto space. The entire crypto ecosystem is built on a foundation of decentralization. According to many experts, bringing it under the gamut of governmental regulations will only hinder its growth.

As head of the Dallas Fed, he will step down as a proponent of the cryptocurrency.