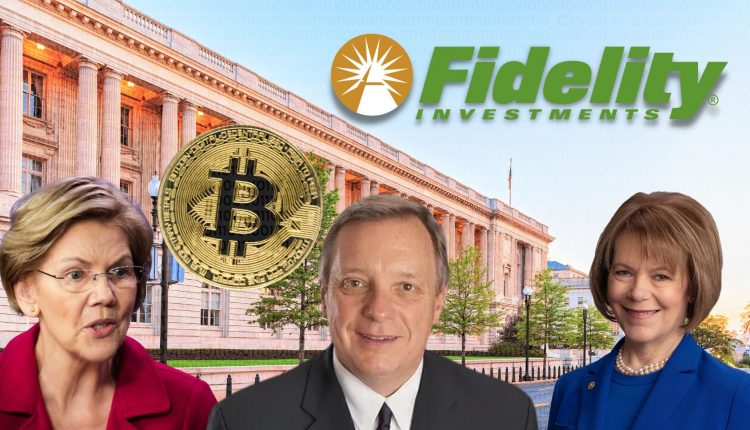 Following the collapse of Sam Bankman-Fried’s FTX, U.S senators have urged Fidelity Investments to scrap its 401(k) Bitcoin Plan. Senators Elizabeth Warren, Tina Smith, and Richard Durbin, in a letter, warned the investment giant against offering Bitcoin to its customers.

Fidelity Investments launched a new product in April offering companies and their participating employees access to Bitcoin. But U.S lawmakers expressed concerns saying that it was a “bad idea”. Now, in a new letter, the senators have once again put their concerns forward. They strongly urged Fidelity Investments to reconsider its decision to allow 401(k) plan sponsors to expose plan participants to Bitcoin.

The senators highlighted the recent implosion of FTX crypto exchange. They believe this has made it abundantly clear that the digital asset industry has serious problems. The senators said the industry is full of charismatic wunderkinds, opportunistic fraudsters, and self-proclaimed investment advisors promoting financial products with little to no transparency. They highlighted that the United States was already in a retirement security crisis and should not be made worse by exposing retirement savings to unnecessary risk.

Before the fresh uncertainty in the crypto market triggered by FTX’s collapse, Fidelity Investments announced plans to launch a commission-free crypto product to allow investors to buy and sell Bitcoin and Ether.

Meanwhile, Citi analysts said cryptocurrency markets remain too small and too siloed to cause contagion in financial markets, with an $890 billion market cap in comparison to U.S equity’s $41 trillion. They noted that FTX raised $1.8 billion from venture capital and pension funds. The analysts believe this is the primary way financial markets could suffer and may have further minor implications for portfolio shocks in a volatile macro regime.